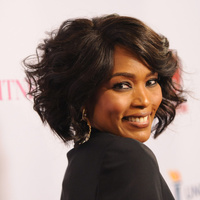 What is Angela Bassett's Net Worth?

Angela Bassett is an American actress who has a net worth of $25 million. That is a combined net worth with her husband of 25+ years, fellow actor Courtney B. Vance. Angela is perhaps best known for her roles in biopics, playing historical figures such as Tina Turner, Betty Shabazz, and Katherine Jackson. Her career has reached considerable heights since its beginning in the 1980s, and Bassett has won many awards over the years while being nominated for plenty more.

Outside of film acting, Angela has appeared in a range of television series. In addition to acting, Angela is a notable director, producer, and activist. Unlike many actors, Bassett has experienced considerable consistency throughout the years, even into the modern era.

Angela Evelyn Bassett was born on August 16th of 1958 in New York City. Raised in Harlem, Bassett was quickly sent away from her parents after her mother became pregnant again ten months after giving birth to her. She subsequently lived with her aunt for many years. However, she was relocated once again after her parents divorced, this time moving to St. Petersburg, Florida where she was raised by a social worker alongside her sister.

After a few years, Angela's mother became adamant that she attend college, and became much more involved in her life. She insisted that both of her daughters get good grades so that they could get into university. During this period, Bassett became interested in performing for the first time, reading poems, and performing shows and music for their family.

During her high school years, Angela got As and Bs while being a member of the cheerleading squad. After graduating from high school, Bassett attended Yale University. She eventually earned a B.A. degree in African American studies by 1980. Three years later, she had earned an M.F.A degree from the Yale School of Drama. During this period, she wholeheartedly fell in love with acting and also met her future husband Courtney Vance, who had previously graduated from Yale's drama school.

Bassett did not immediately pursue an acting career after graduating from university. She took a number of odd jobs during this period, working as a receptionist and a photo researcher. However, she soon followed her heart and started searching for acting work in New York.

Angela's acting career began in the mid-80s when she appeared in plays like "Black Girl," "Ma Rainey's Black Bottom," and "Joe Turner's Come and Gone." During this period, she also made the transition to film acting, appearing as a prostitute in the made-for-TV movie "Doubletake." She then made her feature film debut in the 1986 movie "F/X."

Towards the end of the 80s, Bassett relocated to Los Angeles to find new acting opportunities. This proved to be a smart move, as she eventually won widespread recognition for her roles in films like "Boyz n the Hood" and "Malcolm X." In the latter film, she portrayed Betty Shabazz, the wife of Malcolm X. Prior to these appearances, she gained her first major film role in "Kindergarten Cop" alongside Arnold Schwarzenegger. In 1992, she was given the opportunity of a lifetime when she was offered the role of Katherine Jackson in "The Jacksons: An American Dream." The Jackson 5 was her favorite group when she was young.

In 1993, Bassett played Tina Turner in "What's Love Got to Do with It," winning a Golden Globe for her performance. She was also nominated for an Academy Award. In 1995, she appeared in "Strange Days," Vampire in Brooklyn," and "Waiting to Exhale." In "Strange Days," Angela delivered the line: "This is your life, right here, right now!" The phrase was later sampled by Fatboy Slim in the hit single "Right Here, Right Now."

In 1998, Angela starred in the film "How Stella Got Her Groove Back" and received strong praise from critics. Next year, she collaborated with Wes Craven and Meryl Streep in the film "Music of the Heart." In the early part of the 2000s, Bassett appeared in films like "Supernova," "Whispers: An Elephant's Tale," and "Boesman and Lena." In 2001, she appeared in "The Score" alongside Robert De Niro. 2002 saw Angela taking roles in films like "Sunshine State" and "The Rosa Parks Story." Throughout the next few years, she appeared in films like "Masked and Anonymous," "The Lazarus Child," "Mr. 3000," "Mr. and Mrs. Smith," "Akeelah and the Bee," and the television film "Time Bomb." 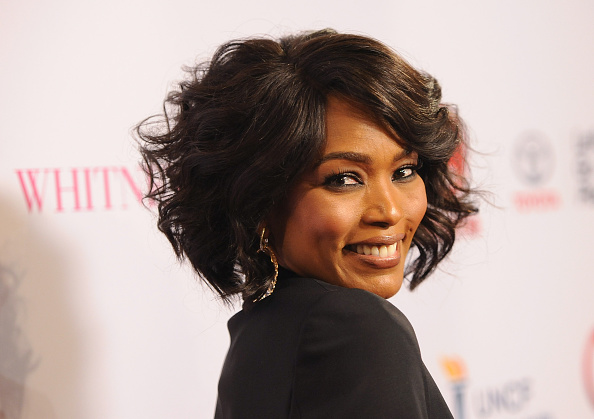 In 2007, Angela showed off her voice acting skills in the CGI film "Meet the Robinsons." Next year, she followed up with a role in "Gospel Hill." Towards the last part of the 2000s, Bassett appeared in films like "Nothing But the Truth" and "Notorious," playing the mother of Notorious B.I.G. in the latter film. She also joined the cast of ER for the series' final season.

During the 2010s, Angela booked roles in "Green Lantern," "Jumping the Broom," "This Means War," "Betty and Coretta," "Olympus Has Fallen," "Black Nativity," "Survivor," "London Has Fallen," "Black Panther," "Bumblebee," and "Avengers: Endgame." She also took a voice acting role in the video game "Rainbow Six Siege" and joined the cast of TV shows such as "American Horror Story," "Underground," and "Master of None." In addition, Bassett appeared in the play "The Mountaintop" alongside Samuel Jackson during the 2010s.

In 1997, Angela married Courtney B. Vance. Vance is also an actor, and the pair appeared together in a stage production of "His Girl Friday" in 2005. In 2006, they had twins via a surrogate mother.

In 2007, Angela Bassett reportedly put a property on the market after living in it for over ten years. She originally purchased the Hancock Park property back in the early 90s, and it features almost 5,000 square feet of living space.

Along with her husband Courtney B. Vance, Bassett set an asking price of $6 million for her longtime LA home. The outdoor area is quite extensive, and there is also a gourmet kitchen that opens into a family room.