What is Andy Serkis' Net Worth?

Andy Serkis is a British actor, director, and author who has a net worth of $18 million. He is best known for playing the role of Gollum in the "Lord of the Rings" films, performing almost the entirety of the role through CGI motion-capture technology. He later reprised this role in the spin-off film series, "The Hobbit." Outside of these roles, Serkis has appeared in a number of additional films, mostly playing CGI characters. He played the role of King Kong in the 2005 film of the same name, Caesar in "Planet of the Apes," Captain Haddock in "The Adventures of Tintin," Supreme Leader Snoke in "Star Wars," and many others.

Serkis is one of the highest-grossing actors of all time, as his films tend to generate tremendous sums at the box office. He has also received widespread critical acclaim for his work. His honors and accolades include one Empire Award, two Saturn Awards, a Golden Globe nomination, a BAFTA award, and a Daytime Emmy Award. Outside of acting, he has directed a number of films, and he was reportedly chosen to direct 2022's "Venom: Let There Be Carnage."

Andrew Clement Serkis was born on April 20th of 1964 in Ruislip Manor, Middlesex, England. Raised by an Armenian gynecologist and an English teacher, Andy regularly spent his holidays in the Middle East alongside his siblings. Serkis attended a Roman Catholic school before attending Lancaster University. During his university years, Andy studied visual arts and theatre before graduating in 1985. He also became active with the university's radio station and produced a number of plays.

By the end of his first year of university, Serkis was playing lead roles in school plays. This convinced him to change his major to acting. He then studied Konstantin Stanislavski and Bertolt Brecht, although he continued to minor in art and visual graphics. By the end of his time at Lancaster University, Serkis had adapted a graphic novel into a one-man play, which he performed to acclaim. After graduating from university, he continued his acting education with Duke's Playhouse. During this time, he performed in a number of productions, including Shakespeare and Brecht plays.

After earning his Equity card, Serkis toured extensively with a number of theatre companies. By the 90s, he was ready to settle in London, performing in some of the city's most prominent theatres. During this period, he also started to book his first television roles, appearing in shows like "The Darling Buds of May" in the early 90s. Serkis then appeared in the 1997 film "Loop" before appearing in a television adaptation of "Oliver Twist." In 2000, he joined Sacha Baron Cohen in "The Jolly Boy's Last Stand."

While these roles certainly put him on the map, it wasn't until 2001 that his true commercial breakthrough came with Peter Jackson's "The Lord of the Rings" trilogy. In these films, Andy played the iconic role of Gollum and introduced the world to the possibilities of CGI acting. Some critics even argued that Serkis should have been nominated for an Academy Award for this role.

This achievement paved the way for a plethora of future opportunities for Serkis. In 2005, he played the title role in "King Kong." He then appeared in "Rise of the Planet of the Apes" as the ape Caesar, reprising this role in two sequels. These were both CGI roles. Andy also proved his capabilities in many live-action roles, playing a serial killer in 2006's "Longford." Serkis also advanced his voice acting career during this period with several roles. 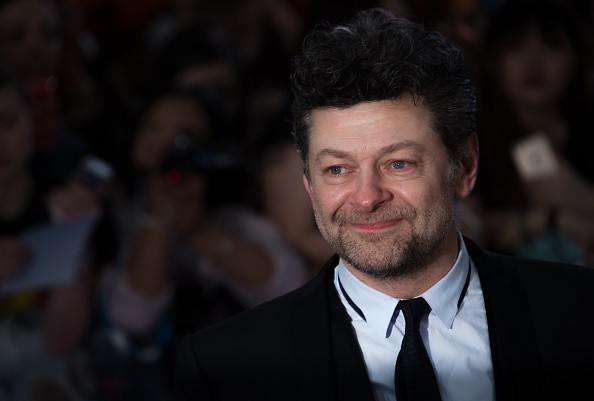 In 2009, Andy reunited with Peter Jackson, who was producing "The Adventures of Tintin" trilogy with the help of Steven Spielberg as a director. Serkis plays Captain Haddock in the films. In 2011, he joined Peter Jackson once again, this time returning to the world of Tolkien and reprising his role as Gollum in "The Hobbit" trilogy. In 2015, he played the role of Ulysses Klaue "Avengers: Age of Ultron," which grossed over $1.4 billion worldwide. He has reprised this role in several Marvel films.

Outside of his acting roles, Serkis has been active behind the camera. In 2011, he founded The Imaginarium Studios along with Jonathan Cavendish. This studio specializes in Performance Capture technology. Andy was the second unit director for "The Hobbit" films, and he later made his directorial debut with "Breathe." In 2019, it was reported that he would be directing "Venom: Let There Be Carnage."

In 2002, Serkis married actress Lorraine Ashbourne. They have had three children together over the course of their relationship. All three of these children became actors.

In 2016, it was reported that Andy Serkis was facing a legal battle with neighbors in North London due to his renovation plans. He planned to create a new residence with a basement, solar panels, and a study. However, his neighbors pushed back against the proposals, which involve the complete demolishing of the current brick property. The neighbors were concerned about the noise, the "lorries," and potential privacy issues. The disputes continued well into 2017, and neighbors argued that the proposed new structure was too big for the building site. Specifically, they claimed that the work would damage the lane and nearby trees. 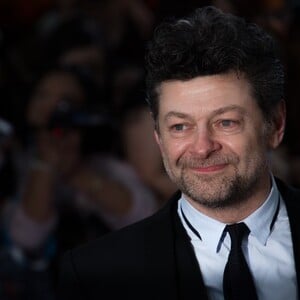