What is Andy Samberg's Net Worth and Salary?

Andy Samberg is an American actor, comedian, writer, producer, and musician who has a net worth of $25 million. He is mostly known for his television acting work on Saturday Night Live and Brooklyn Nine Nine, and for his work with the musical comedy troupe The Lonely Island.

Andy Samberg was born as David A. J. Samberg on August 18, 1978 in Berkeley, California. At age five, he told his parents he wanted to change his name to Andy. He was raised Jewish, but considers himself non-religious. His mother, Marjorie, is an elementary school teacher and his father, Joe, is a photographer. He has two sisters. He attended Elementary School with Chelsea Peretti, who would later become his co-star on "Brooklyn Nine Nine."

As a child, he discovered "Saturday Night Live" and developed an obsession and passion for comedy. Samberg attended Willard Junior High School in Berkeley, where he met future The Lonely Island collaborators Akiva Schaffer and Jorma Taccone. After graduating from Berkeley High School in 1996, Samberg attended the University of Santa Cruz for two years before transferring to NYU's Tisch School of the Arts in New York City, where he majored in experimental film.

Andy's career began in 2001 when he and his roommates formed a three-man comedy troupe named The Lonely Island. The three had moved to Los Angeles together with the goal of becoming filmmakers, but struggled to find work. They named the group after the nickname they had given their apartment. They soon began making short comedy films for their website, and their digital shorts like "White Power", "Regarding Andy", and "Awesometown" gained them notoriety.

The popularity of the videos eventually led to a writing job for the 2005 MTV Movie Awards, a gig which eventually landed them jobs on Saturday Night Live. While still at SNL, they released their first studio album, "Incredibad" in February 2009. In the early 2010s, Schaffer, Taccone, and Samberg retired from SNL, but occasionally still make guest cameos. They went on to release more albums: 2011's "Turtleneck & Chain", "The Wack Album" from 2013, a soundtrack to 2016's "Popstar: Never Stop Never Stopping", and 2019's "The Unauthorized Bash Brothers Experience," a Netflix special that was advertised as a "visual poem" to go alongside a new rap album of the same name. 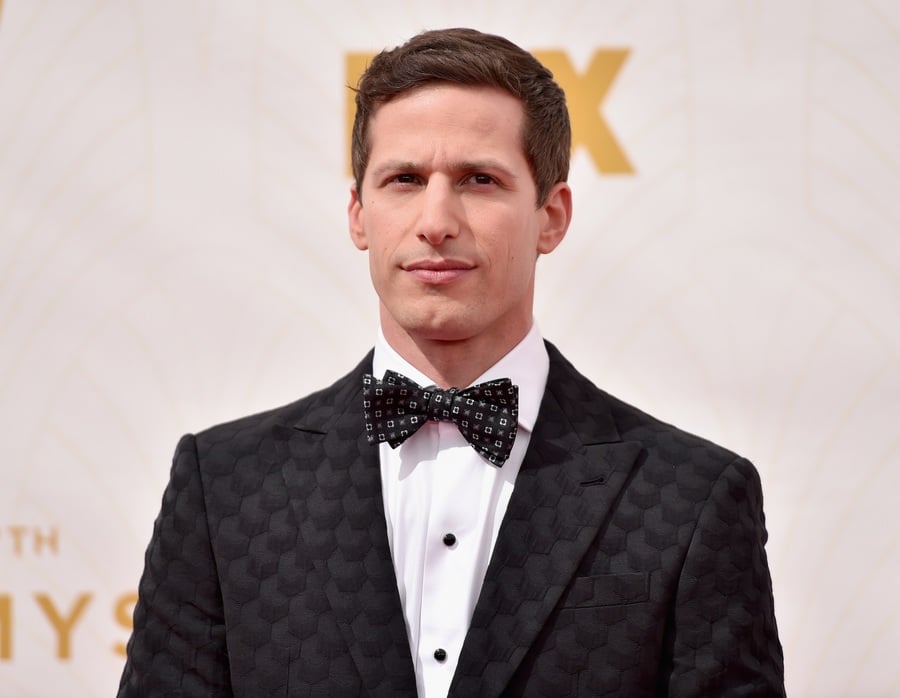 Saturday Night Live and Beyond

Jimmy Fallon, who hosted the MTV Movie Awards the year Lonely Island worked on the writing team, recommended them to Saturday Night Live creator Lorne Michaels. All three members were each hired for a writing position, with Samberg also landing a job as a featured cast member. Their first episode aired October 1, 2005. The trio recorded their own songs and sketches and submitted them to the pitch team, bypassing the process of verbally pitching skits. Although Samberg was not included in many live sketches his first year, he was featured in commercial parodies and a number of other prerecorded sketches. Three of many viral videos the trio produced for SNL include "Lazy Sunday," a hip hop song about a quest to see the film "The Chronicles of Narnia," "Dick in A Box," a duet with Justin Timberlake, and "I'm on a Boat," a collaboration with T-Pain which quickly gathered 56 million views on YouTube after its release. Samberg left SNL in 2012 to play Dale Ashbrick in "Cuckoo", a BCC Three comedy show.

The following year Samberg was cast in the starring role of Jake Peralta on the Fox (later NBC) comedy "Brooklyn Nine-Nine," a show he also produces. Samberg starred in the video for 2015's "No Cities to Love" by Sleater-Kinney, alongside Fred Armisen, Norman Reedus, and Ellen Page. He is also known for his hosting duties, which include the 2009 MTV Movie Awards, the 67th Primetime Emmy Awards on September 20, 2015, and as a co-host at the 76th Golden Globe Awards alongside Sandra Oh on January 6, 2019.

While he was starring on Brooklyn 99, Andy earned $125 thousand per episode. As the show's creator, he'll likely earn tens of millions over his lifetime from the sale of the show's 130+ episodes into syndication. For syndication, a show typically needs to have aired 100 episodes. 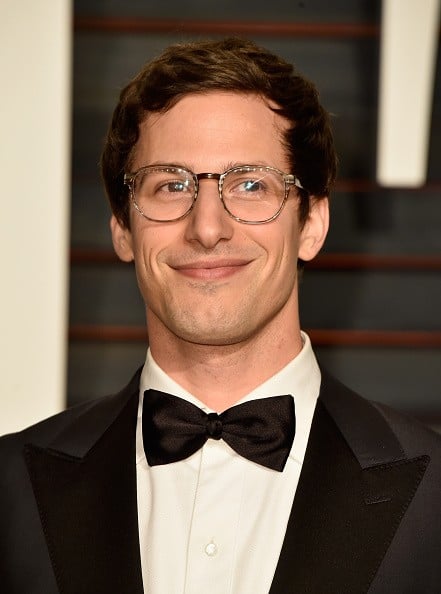 Samberg's first film role was in 2007's "Hot Rod." Afterward, he went on to gain roles in "I Love You, Man," "Friends With Benefits," and appeared alongside Adam Sandler in 2012's "That's My Boy." He is also known for his voice work, which can be heard in the franchises "Cloudy With a Chance of Meatballs" and "Hotel Transylvania." In 2016, Samberg produced, wrote, and starred in "Popstar: Never Stop Never Stopping," a mockumentary comedy film directed by Schaffer and Taccone that received mostly favorable reviews.

Samberg's work has been nominated for Emmys, Teen Choice Awards, and People's Choice Awards, among others. In 2014, Brooklyn Nine-Nine won a Golden Globe for Best Musical or Comedy. Samberg has also won the Golden Globe and People's Choice Awards for Best Actor. His duet with Timberlake, "Dick in a Box" won a Creative Arts Emmy for Outstanding Music and Lyrics. "I'm on a Boat" was nominated for a Grammy Award in 2009 for Best Rap/Sung Collection. In 2012, Samberg delivered the Class Day speech at Harvard University.

Samberg married musician Joanna Newsom in Big Sur, California on September 21, 2013. The two met at one of her concerts, as Samberg was a self-professed "superfan." They dated for five years before getting engaged in February 2013. SNL co-star Seth Meyers was a groomsman in their wedding. The two have a daughter, born in August 2017. The family resides primarily in Los Angeles, and they also have a home in the West Village in New York City. Their Los Angeles home was picked up for $6.25 million in July 2014. It's located in the Beachwood Canyon area.