What is Andy Richter's Net Worth and Salary?

Andy Richter is an American actor, writer, comedian, producer, and late night talk show announcer/sidekick who has a net worth of $8 million. Andy Richter has earned his net worth through his acting roles in film and television projects and as a voice actor in animated films. Although he reached stardom as a talk show sidekick, Andy has since built up a reputation as an amiable comic actor with parts in numerous feature films and TV series. He is best known for his work on "Late Night with Conan O'Brien" (1993–2000), "The Tonight Show with Conan O'Brien" (2009–2010), and "Conan" (2010–present), and he was also the star of the TV series "Andy Richter Controls the Universe" (2002–2003), "Andy Barker, P.I." (2007), and "Quintuplets" (2004–2005).

Andy Richter was born Paul Andrew Richter on October 28, 1966, in Grand Rapids, Michigan. His mother, Glenda, was a kitchen cabinet designer, and his father, Laurence, taught Russian at Indiana University. When Andy was 4 years old, his parents divorced, and Laurence later came out as gay. Richter grew up in Yorkville, Illinois, with three siblings, and he attended Yorkville High School. After graduating in 1984, he enrolled at University of Illinois at Urbana–Champaign, then transferred to Columbia College Chicago to study film.

Andy left Columbia in 1988 and found work as a production assistant on Chicago commercial shoots. He started taking classes at Improv Olympic in 1989 and soon became a "House Performer." He began working with the Annoyance Theatre, and when their popular show "The Real Live Brady Bunch" moved to New York City, Richter asked if he could play Mike since the original actor decided not to appear in the NYC production. Two of his co-stars, Melanie Hutsell and Beth Cahill, were cast on "Saturday Night Live," which led to Andy meeting writer Robert Smigel, who later hired him to write for a new talk show, "Late Night with Conan O'Brien." A few weeks before the show premiered, Richter became O'Brien's sidekick; he appeared in more than 1,200 episodes before leaving in 2000 to pursue an acting career. While starring on "Late Night," Andy also appeared in the films "Cabin Boy" (1994), "Good Money" (1996), and "The Thin Pink Line" (1998) and guest-starred on "Mr. Show with Bob and David" (1995), "Upright Citizens Brigade" (1998), "LateLine" (1999), and "Strangers with Candy" (2000). 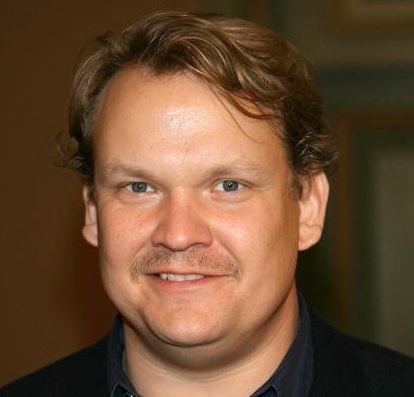 Andy met actress Sarah Thyre when they appeared together in a Los Angeles production of "The Real Live Brady Bunch" in the early '90s, and they married on March 18, 1994. The couple has two children, son William and daughter Mercy. In April 2019, Richter announced on social media that he and Thyre had decided to separate after 27 years of marriage, and their divorce was finalized in August 2019. Sarah is best known for playing Coach Cherri Wolf on "Strangers with Candy," and Andy guest-starred on three episodes of the series. Richter supports Planned Parenthood, and at a 2016 fundraiser, he revealed that in 1992, he and Thyre were split up when she found out that she was pregnant, and since neither of them felt ready to be a parent, they decided that abortion was the right choice for them. He stated, "Planned Parenthood gave two young struggling people the ability to do the thing that is in their name: We got to plan parenthood. When we could barely care for ourselves, much less a newborn, we were able to choose the time when we brought a child into our lives. Planned Parenthood allowed my wife to make the decisions she needed to make in order to control her body and her health, and maintain her life and her future. And for that, I will be eternally grateful." In 2009, Andy set a "Celebrity Jeopardy!" record for highest one-day score when he won $68,000 during the "Jeopardy! Million Dollar Celebrity Invitational." He donated his winnings to the St. Jude Children's Research Hospital.

In 2013 Andy paid $1.225 million for a home in Burbank, California. Today this home is likely worth around $3 million. 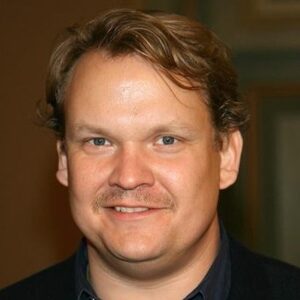