What was Andy Griffith's net worth and Salary?

Andy Griffith was an American actor and singer who had a net worth of $25 million at the time of his death. After adjusting for inflation, that's the same as around $66 million in today's dollars. Griffith is perhaps best known for two iconic television roles in shows he starred in, "The Andy Griffith Show", and "Matlock." Andy Griffith died in July 2012 at the age of 86.

Andy Samuel Griffith was born on June 1, 1926 in Mount Airy, North Carolina. His parents were Carl Lee Griffith and Geneva Griffith. As a child, Griffith was taken in by his relatives until the point at which his parents had the means to buy a house. Coming from a family with considerably less means than many at the time, Griffith would often sleep in dresser drawers. Despite his humble beginnings, Griffith grew up with a deep appreciation for music that would carry on throughout his life and culminate in a fruitful career in music as well as film and television.

Griffith attended Mount Airy High School, where he cultivated interest in the dramatic arts early on — he participated in the school's drama program. Early on in his acting efforts, Griffith earned a role in "The Lost Colony", by Paul Green, which was a play about Roanoke Island that is still popular and even performed today. Griffith played a variety of characters until landing a benchmark role as Sir Walter Raleigh — the man whom North Carolina's capital was named after.

Griffith found his place within his community as a pre-divinity student at the University of North Carolina at Chapel Hill (1944). While attending college, Griffith involved himself in drama as well as musical theater, graduating in 1949. His degree was in music. After this, Griffith would go on to teach high school music for three years before he made the decision to pursue a career in entertainment. 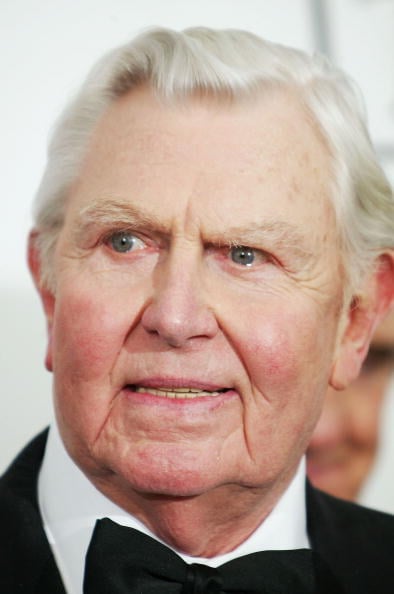 Griffith, after making a name for himself recording, starred in Ira Levin's one-hour teleplay, "No Time for Sergeants", a role which was expanded in Ira Levin's full-length theatrical version on Broadway. This particular role earned Griffith a 1956 Tony Award nomination for "Distinguished Supporting or Featured Dramatic Actor" — which he ended up losing to Ed Begley.

Griffith would later reprise an old role for the film version of "No Time for Sergeants" (1958), a film which also starred Don Knotts, which would be the start of a lifelong collaboration.

As an actor, Griffith would gain further recognition for his role in the 1957 critically acclaimed "A Face in the Crowd", and, later, his work on the situation comedy "The Andy Griffith Show", in which he starred as Sheriff Andy Taylor alongside a young Ron Howard. For a lion's share of the '70s, Griffith would be cast in roles for TV films which included "Go Ask Alice", "The Strangers in 7A", "Winter Kill", and what would be his very first role as a villain in "Pray for the Wildcats".

Griffith would also go on to co-star with famous names like Jeff Bridges in the feature-length comedy "Hearts of the West", and also appeared alongside Tom Berenger in "Western comedy spoof Rustlers' Rhapsody".

After an unexpected condition that resulted in temporary leg paralysis, Griffith would make a triumphant return to the small screen in "Matlock", as the titular character, Ben Matlock. Matlock ran successfully from 1986 to 1995 — on both NBC and ABC. In Matlock, Griffith played a country lawyer who worked in Atlanta, Georgia, a character made popular for his Southern drawl and his flawless case record. By the end of its initial season, Matlock was already a ratings hit airing on the Tuesday night timeslot. Griffith won a People's Choice Award in 1987 for his enduring work and acting chops on Matlock.

Later, Griffith would appear in the feature film "Waitress" alongside Keri Russell. His last appearance in a leading role would be in the romantic comedy "Play the Game".

Griffith had an opportunity to run against Jesse Helms for the U.S. senate in North Carolina, but he declined the offer. In October 2008, Griffith rejoined Ron Howard in an endorsement for Barack Obama's presidential campaign for Funny Or Die.

Griffith was known for favoring Democratic candidates and would use his talents in television commercials that endorsed North Carolina Governors like Mike Easley and Bev Perdue. Griffith spoke at the inauguration ceremonies for both individuals.

Griffith also lent his star power to help with advertisements about Medicare in 2010.

Andy Griffith married Barbara Bray Edwards August 22, 1949. They would go on to adopt two children: a son named Andy Samuel Griffith Jr. and a daughter named Dixie Nann Griffith. The two would divorce in 1972. Griffith's second wife was Solica Cassuto, who was a Greek actress, and they would stay married from 1973 to 1981. Griffith married a third time to Cindi Knight on April 12, 1983 — the two met and fell in love when Griffith was filming "Murder in Coweta County".

Griffith passed away on July 3, 2012 from a heart attack. He was 86 years old. Griffith would remain in Manteo, Roanoke Island, North Carolina until his final days. Griffith was buried in his family cemetery on Roanoke island. 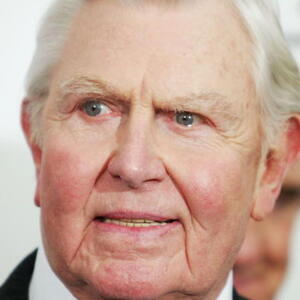