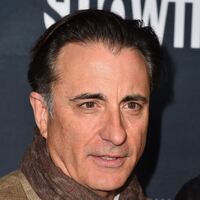 What is Andy Garcia's Net Worth?

Andy Garcia is an actor, producer, and director originally from Cuba who has a net worth of $20 million. After first making a name for himself with 1987's "The Untouchables," Andy Garcia went on to act in a number of notable films throughout the 80s. He took another major step forward after booking a role in "The Godfather Part III," receiving an Academy Award nomination for his performance.

After booking more roles throughout the 90s, Andy appeared in "Ocean's Eleven" and its sequels. He has continued to act throughout the modern era, and in 2018 he started booking a considerable number of roles in films like "The Mule" and "Mamma Mia! Here We Go Again."

Andrés Arturo García Menéndez was born on April 12th of 1956 in Havana, Cuba. Raised in a Roman Catholic household by a school teacher and an attorney alongside two elder siblings, Andy relocated with his family to Miami at the age of five. This was directly after the failed Bay of Pigs Invasion. After moving to the United States, the family created a multi-million dollar perfume company.

During his high school years, Garcia played on the basketball team. However, he became ill with glandular fever during his senior year, prompting him to cease his athletic activities and explore other options. He settled on acting and signed up for a drama class with famed acting coach Jay W. Jensen. After graduating from high school, he attended Florida International University. During his college years, Garcia continued to hone his acting skills.

After leaving university, Andy immediately left Florida and relocated to Hollywood. During his first few years in Los Angeles, Garcia played gang members and henchmen in series like "Murder, She Wrote" and "Hill Street Blues." Another notable early role came with "The Mean Season" alongside Kurt Russell. His real breakthrough came in 1987 with "The Untouchables." Garcia joined a star-studded cast, and the film became highly successful from both a commercial and critical standpoint.

Andy followed up with a role in the Ridley Scott thriller "Black Rain," which lackluster reviews. However, the film proved to be financially successful with box office earnings of $134 million. Garcia truly returned to prominence after joining the case of "The Godfather Part III," playing Vincent Mancini. Although the film is viewed as the weakest entry in the entire trilogy, it was nominated for multiple Academy Awards. Garcia himself was nominated for an Academy Award for Best Supporting Actor. He also earned a Golden Globe Award nomination.

Throughout the 90s, Garcia appeared in movies like "Internal Affairs," "Hero," "When a Man Loves a Woman," "Things to Do in Denver When You're Dead," "Night Falls on Manhattan," "Desperate Measures," and "Hoodlum." In 2000, Andy explored other career options by producing the HBO film "For Love or Country: The Story of Arturo Sandoval." He also acted in the movie in the lead role. This earned him a Primetime Emmy Award as well as another Golden Globe nomination.

In 2001, he joined the cast of "Ocean's Eleven," playing the role which many many fans today know him for. The film raked in $450 million at the box office, prompting two sequels. In 2005, he tried his hand at directing with "The Lost City." Garcia also starred in the film and co-wrote its screenplay. By this point, Andy's career started to fade with a few minor appearances here and there.

However, he has started to appear in numerous films starting in the late 2010s, and many observers have stated that his career is going through something of a comeback. In 2018, he starred in the box office hit "Mamma Mia! Here We Go Again." The film also received strong reviews. 2018 also saw him accept a role in "Book Club," a film that raked in $89 million at the box office on a budget of just $10 million. 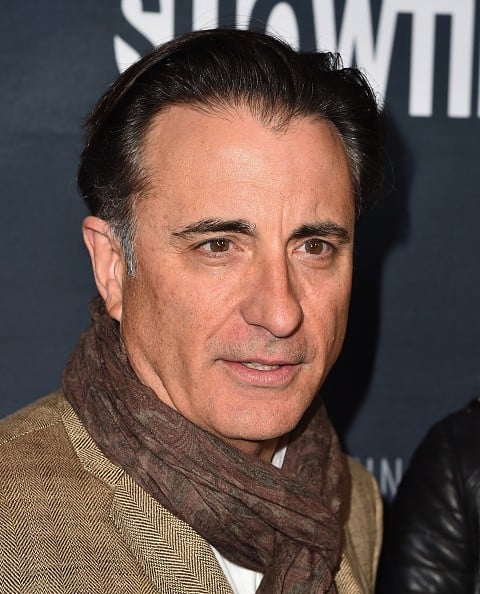 His third major role of 2018 was Clint Eastwood's "The Mule," which generated $166 million in box office earnings while receiving strong reviews. During this period, he also joined the cast of "My Dinner with Herve." During the 2010s, it was announced that Garcia would be directing an upcoming film about the life of Ernest Hemmingway. Andy also reportedly co-wrote the screenplay along with Hilary Hemmingway, Ernest's niece.

Garcia married his wife Marivi in 1982, and they have had four children together over the years. Their first child was born in 1983, and their fourth child was born in 2002. Outside of Hollywood, Andy is known for his harsh criticism of the communist regime in Cuba. He has called Castro's reign "totalitarian," and has pointed out on numerous occasions the atrocities caused by this regime.

In 1993, it was widely reported that Andy Garcia had purchased a home from Henry Winkler. Garcia purchased Winkler's former home for $2.26 million. The residence spans 6,700 square feet and was first constructed in 1937. Previously, Garcia had been living with his family in the nearby San Fernando Valley. At the time, it was also reported that Andy's family owned a residence in his hometown of Miami.

Garcia also owns a $4-million "dream house" in Key Biscane, Florida. The 9,084-square foot home features Cuban styling influences and was initially purchased in 1991. However, Hurricane Andrew completely destroyed the property one year later, prompting Andy and his wife to completely rebuild the home with strong Cuban design features. Along with four bedrooms, the residence features a large pool and plenty of patio space.