Andrew Sachs net worth: Andrew Sachs was a British actor who had a net worth of $10 million. Andrew Sachs was born in Berlin, Germany in 1930. At the age of eight his family left Germany for London to escape the Nazis. Sachs started out working on radio productions in the 1950s.

He later got his started acting on television in 1959. His best known role was that of Manuel on the TV series Fawlty Towers. He appeared in 12 total episodes, with those episodes airing in 1975 and 1979. This role has been immortalized by a wax figure that appears in London at Madam Tussaud's. Some of the things that happened off screen are well known regarding Sachs in Fawlty Towers. He was hit with a heavy saucepan by actor John Cleese. Sachs claimed to have had a headache that lasted two days and the blow nearly knocked him out. He also received financial damages by the BBC when a jacket treated with acid burned his skin. In addition to his on screen work, Sachs is a popular narrator. In 2003 he provided the voice of Skagra in the Doctor Who: Shada mini-series. In 2012 he played a unique role as The Book in a live version of The Hitchhiker's Guide to the Galaxy. Andrew Sachs went on to write I Know Nothing: The Autobiography in 2014. Andrew Sachs died on November 23, 2016 at the age of 86. 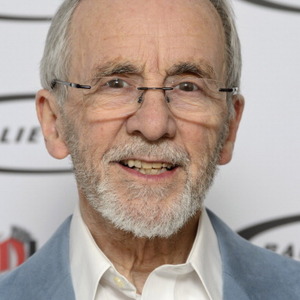