Andrew Rannells net worth: Andrew Rannells is an American actor and singer who has a net worth of $4 million. Andrew Rannells was born in Omaha, Nebraska in August 1978. He is best known for his role as Elder Price in the Broadway musical The Book of Mormon. He took classes at the Emmy Gifford Children's Theatre and performed at local theatres.

He also did voice-over work for commercials. He moved to New York in 1997 and studied at Marymount Manhattan College. He worked with 4Kids Entertainment and did voice-over work. From 1994 to 1995 Andrew did voice work for the TV series Street Sharks. He did voice work for Yu-Gi-Oh from 2000 to 2001. From 2003 to 2005 he lent his voice to the Pokemon series. From 2003 to 2006 he provided voices for Sonic X. He won the awards for best actor and best actress for Hedwig and the Angry Inch. In 2006 he got the role of Link Larkin in Broadway's Hairspray. He played Bob Gaudio in a national tour of Jersey Boys. For playing Elder Price in The Book of Mormon he won the Grammy Award for Best Musical Theater Album and was nominated for the Tony Award for Best Leading Actor in a Musical. From 2012 to 2013 he starred as Bryan Collins in the TV series The New Normal and since 20112 he has played Elijah Krantz in the HBO series Girls. He came out as gay when he graduated high school. 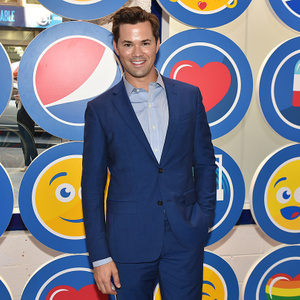