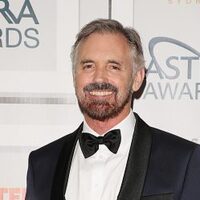 Andrew McFarlane Net Worth: Andrew McFarlane is an American actor and former model who has a net worth of $500 thousand. Andrew McFarlane was born in Fort Lauderdale, Florida in August 1986. McFarlane is best known for his role as Tony Jeffers on the TV series My Wife and Kids. He started modeling at 12 years old and appeared in commercials. McFarlane first appeared in an episode of the TV series 7th Heaven in 1996. From 1998 to 2000 he had a recurring role as Carver Washington on the series Any Day Now. McFarlane also had a recurring role on the TV series The West Wing in 2002. His best known role came starring as Tony Jeffers on the series My Wife and Kids from 201 to 2005. From 2008 to 2011 he starred as Jason on the series The Secret Life of the American Teenager. McFarlane has also starred in the movies Simple Irresistible, Our Lips Are Sealed, Fellowship, State's Evidence, Just Peck, Dance Flick, and Fault Line. He has also appeared in episodes of the TV series The King of Queens, The Amanda Show, ER, The Bernie Mac Show, and Lizzie McGuire.