What is Andrew McCarthy's Net Worth?

Andrew McCarthy is an American actor, director, and writer who has a net worth of $12 million. A well-known member of the so-called "Brat Pack," McCarthy has appeared in a number of films over the course of his career. He is perhaps best known for his role in movies like "St. Elmo's Fire," "Pretty in Pink," and "Less Than Zero." Although Andrew reached incredible levels of stardom as a teen, he later went on to explore various other pursuits, such as directing. As a director, he is probably best known for his work on the Emmy Award-winning series "Orange Is the New Black."

Andrew Thomas McCarthy was born on November 29th of 1962 in Westfield, New Jersey. He was raised alongside three brothers, and eventually relocated to Bernardsville, New Jersey as a teen to attend high school and a preparatory academy. It was at this preparatory academy that he landed his first acting role as the Artful Dodger in a school production of "Oliver!" After graduating, McCarthy attended NYU but was later expelled after two years.

Andrew began his acting career with a role in the comedy film "Class" in 1983 alongside Jacqueline Bisset. He was then grouped in with a number of other actors in the 80s, collectively known as the "Brat Pack." Together with many of these actors, McCarthy starred in movies like "St. Elmo's Fire" and "Pretty in Pink." In 1985, he joined Donald Sutherland and Matt Dillon in the film "Heaven Help Us." In 1987, he booked roles in movies like "Mannequin" and "Less Than Zero." Throughout the latter portion of the 80s, Andrew continued to star in movies like "Fresh Horses," "Weekend at Bernie's," and "Kansas." During this period, he also made his Broadway debut with "The Boys of Winter."

McCarthy returned to the Broadway stage once more in the 90s, starring in the award-winning play "Side Man." Throughout the 2000s, he appeared in TV series like "Law and Order," "Kingdom Hospital," "E-Ring," "Lipstick Jungle," and "The Spiderwick Chronicles." During this period, he began directing shows like "Gossip Girl," "The Blacklist," Neighborhood Watch," and "Orange Is the New Black." 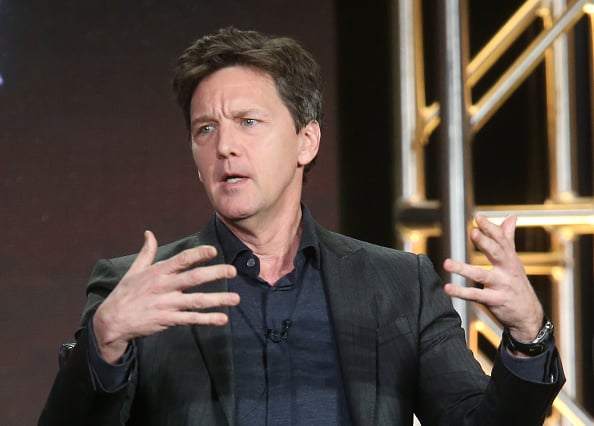 McCarthy is also known for his recurring role in "Good Girls" in the recent era. In addition, he has embarked on a successful writing career, having published numerous books. He has also written for several magazines, such as "National Geographic Traveler." In 2017, McCarthy published a best-selling novel entitled "Just Fly Away." He has also written a memoir about his time as a member of the Brat Pack.

McCarthy has struggled with substance abuse issues over the course of his life. By his own admission, he began abusing alcohol at the age of 12. In 1992, he entered a detox program in order to deal with his addiction to alcohol. After this program was complete, he managed to stay sober.

In the 90s, Andrew McCarthy decided to look up his college sweetheart. Her name is Carol Schneider, and it has been 20 years since they first dated. They subsequently married in 1999, had one child together in 2002, and then divorced in 2005. McCarthy then married a writer named Dolores Rice in 2011, and the couple has two children.

In 2005, it was reported that Andrew McCarthy had sold his home in Manhattan for $3.25 million. The townhome is 161 years old, and it still features its original moldings and mantles. Additional highlights include high ceilings, seven wood-burning fireplaces, and a relatively spacious garden. There are also three bedrooms, including a master bedroom that occupies the entire fourth floor.