From 1995 to 1997 he starred as Andy Roman in the series Brotherly Love. From 1999 to 2001 Lawrence provided the voice of Vincent "Vinnie" Nasta in the television series The Kids from Room 402. From 1998 to 2001 he provided the voice of Theodore J. "T.J. Detweiler in the TV series Recess. Lawrence starred as Tayler "Ted" Mark Beene in the series Oliver Beene from 2003 to 2004. He starred as Brady Sullivan in the TV series Runaway from 2006 to 2008 and as Jason in the TV series United States of Tara in 2009. Lawrence has starred in the movies White Man's Burden, Bean, Jack Frost, Fingerprints, Bones, and Confessions of a Womanizer. In 2001 he won a Young Artist Award for The Other Me. 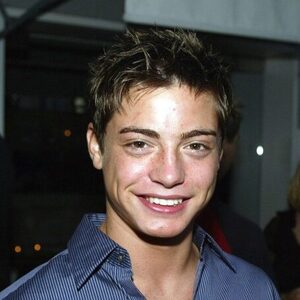