Andrew Keegan net worth: Andrew Keegan is an American actor and producer who has a net worth of $1.5 million. Andrew Keegan was born on January 29, 1979 in Los Angeles, California. Beginning his on-screen career in 1991, Keegan has appeared in over 20 films and 20 television shows. Some of this film appearances include "The Broken Hearts Club," "O," "Camp Nowhere" and "Independence Day.

Some of Keegan's TV appearances include "Full House," "Party of Five," "7th Heaven," "Step By Step," "Sabrina the Teenage Witch," "The Amanda Show," "Related" and "Thunder Alley. At the height of his popularity, Keegan claimed to have an actual shed filled with fan mail. He said he was receiving over 2,000 letters a week until it became difficult to respond to them all. Andrew Keegan has a younger brother named Casey, who is also an actor. In 2009 Keegan stepped on stage for the first time as Rigby in Erik Patterson's award-winning play, He Asked For It. Keegan recently signed on to star in Living Among Us, a vampire movie that also features William Sadler and Esmé Bianco. Keegan is probably best known for his performance as Joey Donner in the film "10 Things I Hate About You." 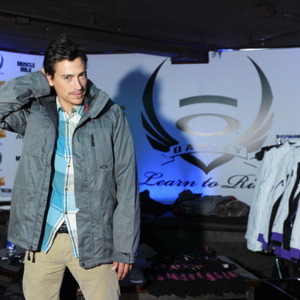