Andrew Caldwell net worth: Andrew Caldwell is an American actor who has a net worth of $500 thousand. Andrew Caldwell was born in Grand Blanc, Michigan in July 1989. From 2012 to 2015 he voiced the role of Howard Weinerman on the television series Randy Cunningham: 9th Grade Ninja. Caldwell has also had recurring roles on the TV series Hannah Montana as Thor in 2007, Good Luck Charlie as Billy "Gravy" Graves from 2011 to 2014, Henry Danger as Mitch Bilsky from 2015 to 2016, iZombie as Harley Johns in 2017, Dan Is Dead as Billy Calendar in 2017, and The Adventures of Kid Danger as the voice of Mitch Bilksy in 2018.

Andrew Caldwell has appeared in several movies including Tenacious D in The Pick of Destiny, Transformers, Drillbit Traylor, College, My Best Friend's Girl, Endless Bummer, All About Steve, Scary or Die, Geography Club, Confessions of a Womanizer, and M.F.A.. 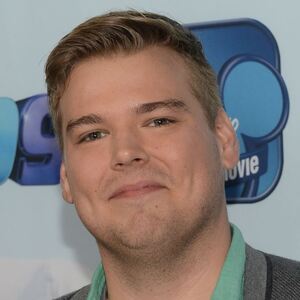