Andrea Thompson net worth: Andrea Thompson is an American actress who has a net worth of $3 million. She is best known for starring on the TV series Falcon Crest, Babylon 5, JAG, 24, and NYPD Blue.

Andrea Thompson was born in Dayton, Ohio in January 1960. She first appeared in the movies Manhattan Gigolo and Nightmare Weekend in 1986. Thompson starred as Genele Ericson on the television series Falcon Crest from 1989 to 1990. From 1994 to 1995 she starred as Talia Winters on the TV series Babylon 5. Andrea Thompson starred as Det. Jill Kirkendall on the series NYPD Blue from 1996 to 2000. She had recurring roles on the TV series JAG from 1996 to 2004 as Commander Alison Krennick and on the series 24 from 2003 to 2004 as Dr. Nicole Duncan. Thompson was nominated for Screen Actors Guild Awards for Outstanding Performance by an Ensemble in a Drama Series for NYPD Blue in 1998, 1999, and 2000. She was married to Jerry Doyle from 1995 to 1997. 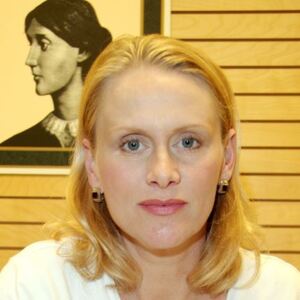