Andrea Savage Net Worth: Andrea Savage is an American actress, writer, and producer who has a net worth of $500 thousand dollars. Born in 1973 in Santa Monica, California, Andrea Savage earned a political science degree from New York's Cornell University. She began acting in theater productions at Groudlings Theatre and started performing stand-up comedy around Los Angeles.

Savage made her debut in "Sweet Valley High" in 1996 as Renata Vargas. She appeared in 22 episodes from 1996 until 1998. Savage landed a starring role alongside Will Ferrell in "Step Brothers" and with Woody Harrelson in 2008's "The Grand". Her next role came in 2010's "Dinner For Schmucks" with Paul Rudd and Steve Carell. She began working on skits for HBO's "Funny or Die Presents". Savage started pursuing comedy writing, penning pilots for a variety of stations, including Fox, NBC, and Comedy Central. She made her directorial debut with a skit for "The Bill Maher Show" starring Judy Greer and Kate Beckinsale. Her other TV and film credits include "Life Happens", "You're Not You", "Sabrina, the Teenage Witch", "Suddenly Susan", "The King of Queens", "Cold Case", "Two and a Half Men", "Significant Others", "Modern Family", "The Life & Times of Tim", and "The League". In 2014, Savage became a serious regular as Veronica Von Vandervon on Hulu's "The Hotwives of Orlando". 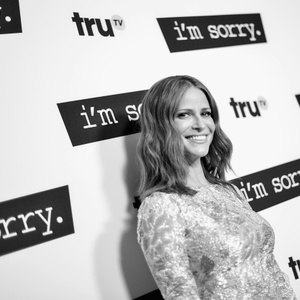