Andrea Martin net worth: Andrea Martin is an American actress and comedian who has a net worth of $1 million. Andrea Martin was born in Portland, Maine in January 1947. Andrea graduated from Emerson College and toured in a production of You're a Good Man, Charlie Brown. She starred in Godspell in Toronto in 1972.

Martin has over 140 acting credits to her name. She made her film debut starring in Foxy Lady in 1971. Andrea was a cast member on SCTV from 1976 to 1981. She was also a cast member for SCTV Network from 1981 to 1983 and SCTV Channel from 1983 to 1984. In 1988 she starred in the TV series The Completely Mental Misadventures of Ed Grimley as Mrs. Freebus. Martin provided voice work for the TV series Earthworm Jim from 1995 to 1996. She starred as Martha in the TV series George and Martha from 1999 to 2000. In 2014 she starred in the TV series Working the Engels as Ceil Engel. Martin has also done voice work for the TV series Hercules, Superman, The New Woody Woodpecker Show, Rugrats, The Adventures of Jimmy Neuron: Boy Genius, Kim Possible, and Sesame Street. She won two Primetime Emmy Awards and was nominated for eight others for SCTV. Martin has also won an Earle Grey Award at the 1995 Gemini Awards and has been nominated for a Screen Actors Guild Award. In September 2014 it was announced that Martin will join the cast of Pippin at the Golden Gate Theatre in San Francisco, California. 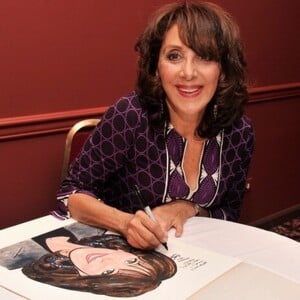