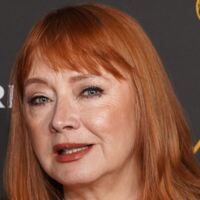 Andrea Evans net worth: Andrea Evans is an American actress who has a net worth of $5 million. Andrea Evans was born in Aurora, Illinois in June 1957. She starred as Tina on the soap opera One Life to Live from 1979 to 2011. Evans starred as Tawny Moore on the soap opera The Bold and the Beautiful from 1999 to 2001. She also starred as Rebecca Hotchkiss on the soap opera Passions from 2000 to 2008. Andrea Evans has also appeared in the films Florence Nightingale, The Opposite Sex and How to Live with Them, A Low Down Dirty Shame, Ice Cream Man, Hit List, Imaginary Friend, and I Know Where Lizzie Is. She has also appeared in episodes of the TV series The Awakening Land, Out of Control, Jenny's' War, capital News, and The Young and the Restless. Andrea Evans was nominated for Daytime Emmy Awards in 1988 for One Live to Life and in 2015 for DeVanity. She was married to Wayne Massey from 1981 to 1983.