Andrea Duro Net Worth: Andrea Duro is a Spanish actress who has a net worth of $2 million. Andrea Duro was born in October of 1991 in Fuenlabrada, Madrid. She is best known for her acting efforts, specifically taking on the role of Yolanda "Yoli" Freire in Fisica o Quimica, a show that appears on Antena 3. The show appeared for four seasons, from 2008 until 2011, until it was canceled due to a declining viewership. However, reruns are still shown, and there was considerable backlash after serious plot changes were made so close to the show's finale, with fans citing that there wasn't significant time to resolve various issues or bring closure to the characters. Duro has also appeared in a number of full-length feature films, including Three Steps Above Heaven (her film debut, which took place in 2010), Juan of the Dead, Ghost Graduation, and Al final todoes mueren, the latter two of which she starred. She also appeared in a number of television shows, such as Cuestion de sexo and El secreto de Puente Viejo, in which she acted in 33 episodes. She can be seen in all 77 episodes of Fisica o quimica. In 2010, she appeared in FHM, a British magazine. 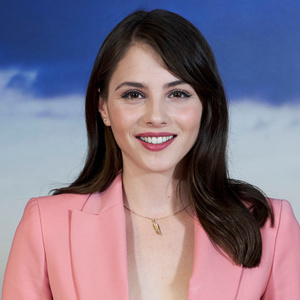