Andrea Bowen net worth: Andrea Bowen is an American actress who has a net worth of $3 million dollars. Andrea Bowen is best known for playing the role of Julie Mayer on the TV show Desperate Housewives. Andrea started off as a child star and acted on Broadway. At the age of six she played the role of Young Cosette in a production of "Les Miserables". She also starred in Broadway productions of "The Sound of Music" and "Jane Eyre". She since has made the transition to TV, appearing in popular shows such as Law & Order, Boston Public, One Tree Hill, The Closer, and Scandal. Her best known role as Julie Mayer, Susan Mayer's daughter, on Desperate Housewives lasted from 2004 to 2012. Andrea Bowen has won two Screen Actors Guild Awards for Outstanding Performance by an Ensemble in a Comedy Series in 2005 and 2006. She also won the Prism Award for Best TV Actress in 2008. On top of that she was also nominated for the same SAG award in 2007, 2008, and 2009. Since Desperate Housewives ended, Andrea Bowen has gone on to model for Miss Selfridge. She has even received a producing credit, as associate producer for the 2013 TV Movie The Preacher's Daughter. 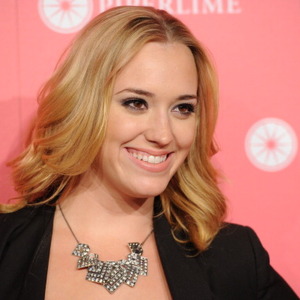