What is Andrea Barber's net worth?

Andrea Barber is an American actress who is best known for playing Kimmy Gibbler on the ABC sitcom "Full House" from 1987 to 1995. In 2016, she reprised her role on the Netflix sequel series "Fuller House." Andrea Barber has a net worth of $2 million. Earlier in her career, Barber had a recurring role on the daytime soap opera "Days of Our Lives."

Andrea Barber was born in 1976 in Los Angeles, California as the youngest of three children. As a teen, she went to La Serna High School in Whittier, California. She subsequently attended Whittier College, from which she graduated with an English degree in 1999. Barber went on to earn a master's degree in women's studies from the University of York in England. Afterward, she returned to Whittier to serve as assistant to the director of Whittier College's Office of International Programs.

At the age of six in 1982, Barber began her first major role on the NBC daytime soap opera "Days of Our Lives." For four years through 1986, she played the original version of Carrie Brady, a character later taken over by actress Christie Clark. For her performance, Barber won the Soap Opera Digest Awards for Outstanding Youth Actress in a Daytime Soap Opera and Outstanding Youth Actress in a Daytime Serial.

While she was still on "Days of Our Lives," Barber had guest appearances on a number of other television shows. In 1983, she played Amanda Gorman in an episode of the ABC drama "Fantasy Island." The year 1985 was a big one for the young actress, as she guest-starred in episodes of the medical drama "St. Elsewhere" and the anthology series "The Twilight Zone." She also appeared in the Emmy Award-winning television film "Do You Remember Love" opposite Joanne Woodward and Richard Kiley. The next year, Barber was in episodes of Disney's "Wonderful World of Color" and the NBC series "Our House."

Barber landed her biggest and most famous role in 1987, playing the character of Kimmy Gibbler on the ABC sitcom "Full House." The irritating but well-meaning neighbor of the Tanner family, Kimmy was the best friend of D.J. Tanner, played by Candace Cameron Bure. For seasons one through four of "Full House," Barber appeared as the character in a recurring capacity. Then, for seasons five through eight, she was upgraded to a series regular. "Full House" ran for 192 episodes through 1995, and became an audience favorite thanks to syndicated reruns. Other cast members on the show included John Stamos, Bob Saget, Dave Coulier, Jodie Sweetin, Lori Loughlin, and Mary-Kate and Ashley Olsen. 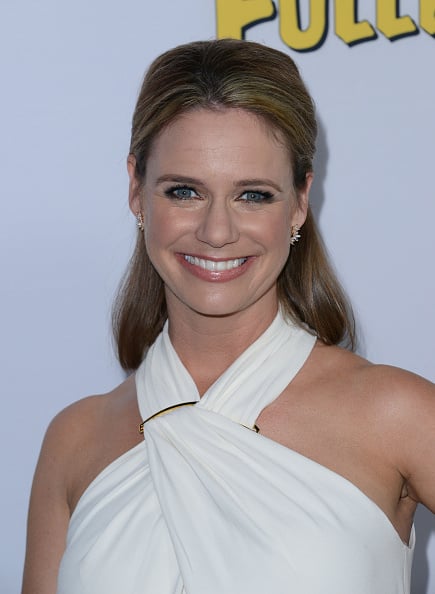 Beyond "Full House," Barber made few appearances on television in the 90s. Early in the decade, she played Rhonda Green in an episode of the sitcom "Growing Pains," and had a cameo in the television film "To Grandmother's House We Go." In 1995, she was in the sequel film "The Skateboard Kid II." After this, and following the end of "Full House," Barber announced her retirement from acting in order to focus on her personal life.

In 2012, after a 22-year hiatus from acting, Barber reprised her role as Kimmy Gibbler for an episode of the online comedy series "Funny or Die," in which she starred alongside her former "Full House" cast mate Dave Coulier. She reprised the role in a greater capacity in 2016, when she starred in the Netflix original series "Fuller House," a sequel to the ABC sitcom. "Fuller House," which ran for five seasons through 2020, focused on D.J. Tanner-Fuller, a veterinarian and widowed mother of three. With the exception of the Olsen twins, most of the original cast members from "Full House" reprised their roles on the Netflix series, either in main roles or in guest appearances. Among her other television credits, Barber served as a guest panelist on CBS' daytime talk show "The Talk" in 2017, and played a recurring role on "That Girl Lay-Lay."

In 2021, Barber partnered with the Helen Woodward Animal Center in Rancho Santa Fe, California for a four-part online series called "Celebrity Pet Matchmaker." In the series, Barber introduces viewers to the non-profit animal center, which strives to match people with their perfect furry companions. "Celebrity Pet Matchmaker," and the Helen Woodward Animal Center itself, are supported by the PEDIGREE Foundation, which fights to end pet homelessness by giving grants to dog rescues and shelters.

Barber married Jeremy Rytky in 2002; they had two children together, and got divorced in 2014.