Andrea Anders net worth: Andrea Anders is an American actress who has a net worth of $5 million. Andrea Anders was born in Madison, Wisconsin in May 1975. Anders graduated from the University of Wisconsin-Stevens Point and earned a Master of Fine Arts from Rutgers University. Andrea's brother is director Sean Anders.

She worked as an understudy for Mary-Louise Parker in Broadway's Proof and then starred in The Graduate. She was featured in a television commercial for Dannon. One of her best known roles came starring as Alex Garrett on the television series Joey from 2004 to 2006. From 2006 to 2007 she starred in the TV series The Class as Nicole Allen. Anders starred as Linda Zworldling on the TV series Better Off Red from 2009 to 2010. In 2011 she starred as Alice in the series Mr. Sunshine. Anders has also had recurring roles on the TV series Oz, Necessary Roughness, About a Boy, and Modern Family. She has starred in the movies The Stepford Wives, Never Been Thawed, Sex Drive, and Return to Zero. Andrea dated actor Matt LeBlanc from 2006 to 2014. 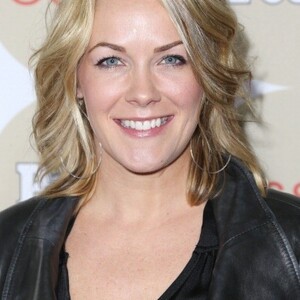