Andre Royo Net Worth: Andre Royo is an American actor who has a net worth of $2 million. Born in 1968 in The Bronx, New York, Andre Royo's first on-screen credit came as a music store clerk in 1998's "L.A. Without A Map". He appeared in "Law & Order", "Third Watch", "Wonderland", and "Law & Order: Special Victims Unit" before landing his best-known part as Bubbles on HBO's hit drama series "The Wire" from 2002 until 2008.

Royo appeared in more than 50 episodes of the show. He has since had parts in "The Jury", "Cuts", "CSI: Miami", "All the Invisible Children", "Law & Order: Criminal Intent", "Terminator: The Sarah Connor Chronicles", "Heroes", "Criminal Minds", "Numb3rs", "CSI: NY", "Party Down", "The Whole Truth", "Fringe", "Memphis Beat", "How to Make It in America", "Prime Suspect", "The Wire: The Musical", "Freelancers", "Kenan and Kel", "G", "Red Tails", "The Spectacular Now", "Lila & Eve", "Hellbenders", "Key and Peele", "Bob's Burgers", "In Security", and "Low Expectations". Royo has frequently spoken out about his experience with casting directors telling him that his skin color will keep him from landing certain roles because he isn't "black enough" or "Latino enough" to portray those characters. He participated in a discussion at Harvard University with several of his co-stars from "The Wire", talking about what at-risk youth can learn from the show. 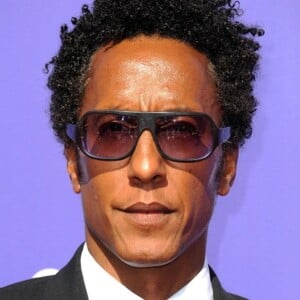