How much is Andre Braugher Worth?

Andre Braugher net worth and salary: Andre Braugher is a critically acclaimed American actor who has a net worth of $8 million. Andre Braugher has earned his net worth from many roles in television and film. One of his most notable film roles was Thomas Searles in the movie Glory. He is also well for his portrayal of the fiery detective Frank Pembleton on the popular television police drama Homicide: Life on the Street. Andre played the role of detective Pembleton from 1993 to 1998 and again in the 2000 made for TV movie. He also appeared in the role of Owen Thoreau Jr. on Men of a Certain Age, which aired on the TNT Network. Andre Braugher was born on July 1, 1962 in Chicago, Illinois, his mother was Sally a postal worker and his father was a heavy-equipment operator named Floyd Braugher. He is the youngest of the four siblings and he graduated from Stanford University with a B.A. in theater in 1984. Andre also received a Master of Fine Arts degree in 1988 from Juilliard School's Drama Division. At his graduation ceremony he received the Most Outstanding Theatre Student honor. He has been married to actress Ami Brabson since 1991, together they have three sons: Michael who was born in 1992, Isaiah born in 1997 and John Wesley (JW) in 2003. Ami later played Mary on the TV Series Homicide who was Pembleton's wife, they are Unitarian Universalists and live in South Orange, New Jersey. 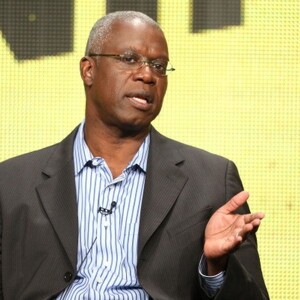