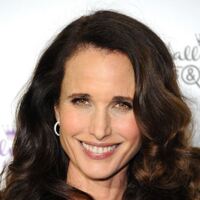 What is Andie MacDowell's Net Worth?

Andie MacDowell is an American model and actress who has a net worth of $25 million. After making her debut in 1984's "Greystroke: The Legend of Tarzan, Lord of the Apes," she went on to appear in well-received films like "Sex, Lies, and Videotape." She won a number of awards for this performance, including an Independent Spirit Award. Andie followed up with films like "Green Card," "Four Weddings and a Funeral," "Michael," and "Multiplicity."

After a number of less successful films towards the late 90s and early 2000s, MacDowell veered more towards independent films and supporting roles. In 2017, she received critical acclaim once again for her role in "Love After Love." In 2019, she booked another starring role in "Ready or Not." Outside of her film appearances, Andie has worked extensively as a model. She has modeled for Calvin Klein Inc. and continues to act as a spokeswoman for the company, a role she has held since 1986.

Rosalie Anderson MacDowell was born on April 21st of 1958 in Gaffney, South Carolina. Raised by a music teacher and a lumber executive in a family with British heritage, Andie's early years were not easy. During her early childhood, Andie's mother struggled with alcoholism. As a result, there was somewhat of a reversal of family roles, as Andie often found herself taking care of her mother.

Her family owned a period house in Arden, North Carolina, which was eventually turned into a bed-and-breakfast. Eventually, her parents divorced when Andie was just six years old. When Andie was eight, her father married again. After graduating from university, MacDowell attended Winthrop University and then relocated to Columbia, South Carolina. She was spotted by a modeling scout while visiting Los Angeles, and she promptly signed a contract with Elite Model Management in 1978. Her mother later passed away from a heart attack, having lived a sober lifestyle for one year prior to her passing.

MacDowell started out by modeling for Vogue magazine and appearing in advertisements for brands like Yves Saint Laurent, Armani, and Calvin Klein. It was the latter brand that earned her the most attention, especially due to a series of television commercials that aired nationally. These commercials helped her book her first film role in 1984. However, this role wasn't exactly a success story, as her lines were dubbed due to her strong Southern accent.

Determined to succeed in the film industry, Andie took acting classes and learned the method technique at the Actors Studio from veterans like Harold Guskin. After four years of training, she managed to book a role in the independent film "Sex, Lies, and Videotape." This proved to be her breakthrough role, and it earned her multiple awards and nominations. She followed up with further roles in movies like "Green Card," "The Object of Beauty," and "Short Cuts."

During the 90s, many of her films proved to be commercially successful, including "Groundhog Day" and "Four Weddings and a Funeral." During this period, she continued to appear in various advertisements for L'Oreal. Towards the 2010s, she began to veer more towards television work and independent films. These included shows like "Jane by Design" and "Cedar Cove." In 2019, Andie booked a role in the horror comedy film "Ready or Not."

At the time she was approached to appear in "Four Weddings and a Funeral" Andie MacDowell's career was at a point where she was commanding $1 million per film role. That amount would have placed her way out of the ballpark for "Four Weddings" which had a budget of $4.4 million. But Andie was intrigued by the film and ultimately agreed to lower her fee by 75% to $250,000. But in exchange she received a cut of the film's backend success. "Four Weddings" went on to earn $245 million globally and Andie's salary eventually topped $3 million with her backend points. That's the same as earning around $6 million in today's dollars. 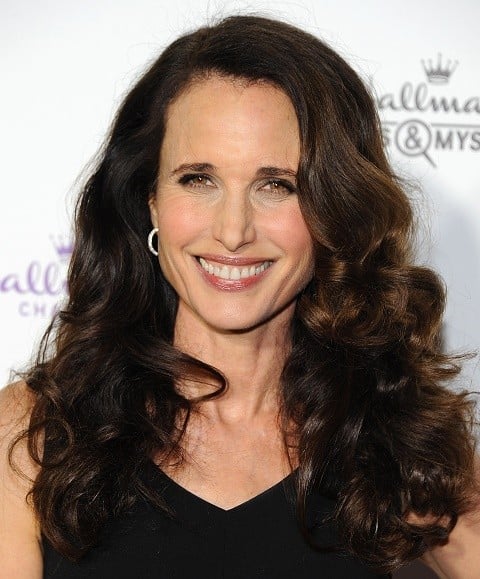 In 1986, Andie MacDowell married a model and a rancher named Paul Qualley. The pair met while posing for Gap advertisements, and they had three children together before divorcing in 1999. Several of their children have entered the entertainment industry. After her divorce, MacDowell dated actor Dennis Quaid for one year. Later in 1999, she reconnected with an old high school friend, who had become a businessman. The pair eventually got married in 2001, although they divorced three years later.

In 2012, it was reported that MacDowell had sold a home in Asheville, North Carolina for $3 million. This represented a significant price cut, as the original listing was for $4.5 million. However, she initially paid just $790,000 for the home in 2001, so she was probably not too concerned about losses. The residence features six bedrooms and 9,400 square feet of living space.

In 2013, she purchased a four-bedroom home in the Silver Strand neighborhood of Marina Del Rey, California. She paid $1.775 million for the residence, which features just under 3,000 square feet of living space and four bedrooms.

In 2015, it was reported that Andie had purchased a home in Los Feliz, California. The residence cost her $1.2625 million, and it was originally constructed in 1931. Featuring 2,275 square feet of living space and four bedrooms, the home also boasts highlights such as an outdoor dining patio, a decorative fireplace, and views of the Griffith Observatory. In addition, there is an outdoor spa.

In 2021, it was reported that a ranch in Montana that was once owned by MacDowell had been sold for $7.775 million. The ranch was originally purchased by Andie and her then-husband many years ago. The pair immediately got to work on renovating the existing hand-cut log house which served as the main residence on the 457 acres of land. They also built an 8,000-square-foot barn with its own living and workspace. In addition, the land features a separate guest cabin. MacDowell then sold the property in 2000 for an undisclosed sum, although it had been listed for $3.5 million in 1998.