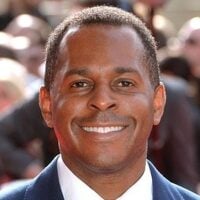 Andi Peters net worth: Andi Peters is an English television presenter, producer, voice actor, and journalist who has a net worth of $4 million. Andi Peters was born in Chelsea, London, England, United Kingdom in July 1970. He is currently employed by ITV but got started with the Children's BBC. Peters provided voices for the UK version of the movie Toy Story 2. From 1993 to 1996 he presented the TV series Live & Kicking and in 1996 he presented on the series The Noise. Peters presented the TV series Sunday Feast in 2006 and Celebrity MasterChef in 2008. He has hosted the Dancing on Ice Tour since 2007 and has narrated the ITV2 reality TV series The Big Reunion since 2013. He owns a modeling agency for fitness models.