Ana Ortiz Net Worth: Ana Ortiz is an American actress and singer who has a net worth of $2 million. Ana Ortiz was born in Manhattan, New York in January 1971. She studied ballet for eight years and graduated from The University of the Arts in Philadelphia, PA. She made her professional stage debut in Dangerous Liaisons. She toured Europe starring in Hair. Her film debut came in the 1995 movie Condition Red. In 1999 Ortiz appeared in the TV movie Dr. Quinn Medicine Woman: The Movie. In 2001 she starred in the TV series Kristin as Santa Clemente. Ortiz starred in the 2003 series A.U.S.A. and in the series Over There in 2005. One of her best known roles was starring as Hilda Suarez in the series Ugly Betty from 2006 to 2010. Starting in 2013 Ana stars as Marisol in the series Devious Maids. In 2007 Ortiz won an ALMA Award and an Imagen Award for her supporting role in Ugly Betty. Ana has starred in the movies Labor Pains, Big Mommas: Like Father, Like Son, Sleeping with the Fishes, and Such Good People. She married Noah Lebenzon in 2007 and the couple has two children together. 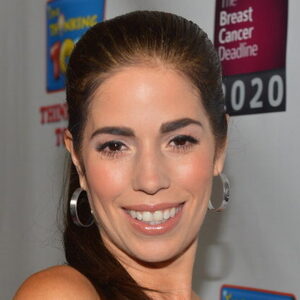