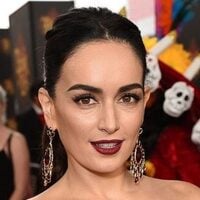 Ana de la Reguera Net Worth: Ana de la Reguera is a Mexican actress who has a net worth of $2 million. Ana de la Reguera was born in April of 1977 in Veracruz, Mexico and is best known for her acting work in both Mexico and the United States. Reguera got her start at a young age, following the lead of her mother, who worked as a journalist and TV personality. It was at this time Reguera began learning various aspects of television and taking on various roles, primarily in Mexico. Her first on-screen performance was in 1996 when she landed a role in the telenovela, Azul, in 1996. She followed suit in 1997, landing roles in various other telenovelas. Reguera also made appearances in commercials, before beginning to work in full-length films, including those which are English-speaking roles. Some of her more notable roles include Nacho Libre, Empire State, Cop Out, Cowboys & Aliens, and two feature films that are set to be filmed in 2014, Jessabelle and The Book of Life. She has worked with various brands as a spokesperson, including Kahula liquer and CoverGirl, an American makeup company. Currently she can be seen on HBO as a love interest for one of the main characters on Eastbound & Down.