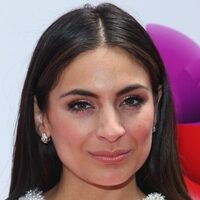 Ana Brenda Contreras Net Worth: Ana Brenda Contreras is a Mexican actress who has a net worth of $10 million. She was born in December of 1986 in Rio Bravo, Tamaulipas, Mexico and is best known for her work in acting and singing. Contreras also spent a good amount of her childhood in Houston, splitting her time between Mexico and the United States. Then at the age of 15, she relocated to Mexico City to compete as a young pop star on the TV show, Pop Stars. She made it to the final round of the show and landed a spot in t'detila, a band, who recorded their first album in 2003. In 2005, she made her acting debut in Barrera de amor, a telenovela. She then went on to continue her acting career, appearing in both on-screen productions, as well as theater shows, such as Grease. Some of her better known appearances include Duelo de Pasiones, Juro Que Te Amo, Mujeres Asesinas 2, Sortilegio, Teresa, La Que No Podia Amar, and Corazon Indomable. She is also slated to appear in the Mexican full-length feature film, Volando Bajo, which is slated to be released later in 2014. In 2013 she married Alejandro Amaya, though the two were separated 11 months later.