Ana Bárbara Net Worth: Ana Bárbara is a Mexican musician who has a net worth of $25 million. She was born in January of 1971 as Altagracia Ugalde Mota, but is better known by her stage name. Since getting her start in the mid 90s, Barbara went on to have an extremely successful music career in Mexico, as well as other Latin countries. Since an early ago, Barbara has been interested in singing and performing. She competed in Miss Universe in 1988, but did not advance into the final round. It was at this point she began pursuing a professional singing career more aggressively. She went on to release 12 full-length albums, which helped launched her international career. Barbara is also known for her sex appeal and seductive wardrobe, which is featured in both her music and her public appearances. She married Jose Maria Fernandez in 2005, which received heavy public scrutiny. The couple has four children, two of whom are Fernandez's from a previous relationship. They divorced in 2010; tabloid rumors blame infidelity on Fernandez's part. In 2011 she underwent artificial insemination and gave birth to a third child in December of 2011. The child's father is her long-time friend, Reyli. 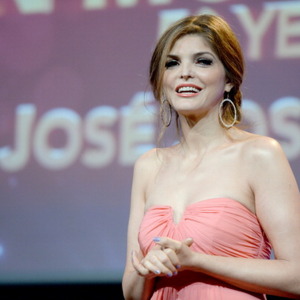