How much is Amy Yasbeck Worth?

Amy Yasbeck net worth and salary: Amy Yasbeck is an American actress who has a net worth of $16 million. She is probably best known for playing the role of Casey Chapel Davenport on the television series Wings, from 1994 to 1997. She has appeared in dozens of additional films and television shows. Amy is also notable for being married to actor John Ritter from 1999 until his death in 2003.

Amy Yasbeck was born in Blue Ash, Ohio in September 1962. In 1987 Yasbeck starred as Olivia Reed in the soap opera Days of Our Lives. Her best known role came starring as Casey Chapel Davenport in the TV series Wings from 1994 to 1997. From 1997 to 1998 Yasbeck starred as Renee in the series Alright Already. In 2005 she starred as Michelle Lackerson in the television series Life on a Stick. She has also starred in the movies House II: The Second Story, Pretty Woman, Problem Child, Problem Child 2, The Nutt House, The Mask, Home for the Holidays, Dracula: Dead and Loving It, Denial, and The Odd Couple II. Yasbeck has appeared in episodes of the TV series Dallas, China Beach, Walt Disney's Wonderful World of Color, Magnum, P.I., Murphy Brown, Dragnet, Murder, She Wrote, The Cosby Show, Designing Women, Quantum Leap, Matlock, Diagnosis Murder, Just Shoot Me!, That's So Raven, Hot in Cleveland, Bones, Modern Family, and Workaholics.

Personal Life: Amy married actor John Ritter in 1999. They starred together in several projects before marrying, notably the Problem Child franchise. John and Amy had a child together in 1998. Ritter died on September 11, 2003, five days before his 55th birthday. Earlier in the day Ritter was rushed to the hospital by ambulance after becoming violently ill on the set of "8 Simple Rules for Dating My Teenage Daughter". It was ultimately determined that Ritter had an undetected flaw in his heart called an aortic dissection.

Wrongful Death Lawsuit: After Ritter died, Amy filed a $67 million wrongful death lawsuit against several of John's doctors and the hospital where he died. Several of the defendants settled for a reported $14 million, with the biggest settlement – a reported $9.4 million – coming from Providence Saint Joseph Medical Center.

Real Estate: In 1996 John paid $2.2 million for a home in Beverly Hills, California. John's widow Amy Yasbeck listed the home for sale in 2017 for $6.5 million. She ultimately sold it in August of that year for $55,000 over her asking price. 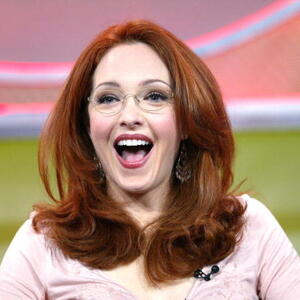