Amy Stiller net worth: Amy Stiller is an American actress and writer who has a net worth of $5 million. Amy Stiller was born in New York City, New York in August 1961. Amy is the sister of Ben Stiller and the daughter of Jerry Stiller and Anne Meara.

As an actress Stiller has starred in the movies Lovers and Other Strangers, Vampire's Kiss, That's Adequate, Highway to Hell, Reality Bites, The Daytrippers, The Cable Guy, Southie, The Independent, Chump Change, The Visit, My 5 Wives, Zoolander, Crooked Lines, Dodgeball: A True Underdog Story, Tropic Thunder, Little Fockers, Let Go, Miss Dial, and The Secret Life of Walter Mitty. She has also appeared in episodes of the TV series The Ben Stiller Show, The Cosby Mysteries, Law & Order, Third Watch, The King of Queens, and Inside Amy Schumer. 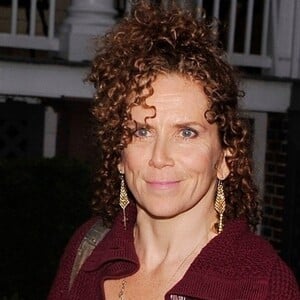