How much is Amy Smart Worth?

Amy Smart net worth: Amy Smart is an American actress and fashion model who has a net worth of $8 million. She is known for appearing in movies like "Road Trip", "The Butterfly Effect", "Just Friends" and "Peaceful Warrior". She also starred on the TV series "Felicty" from 1999 2001.

Amy Smart was born on March 26, 1976 in Topanga, California. Growing up she took ballet lessons for 10 years. She then focused on pursuing a modeling and acting career. Once setting out on her modeling career, Smart became friends with Ali Larter, a fellow model. They met while working in Italy. The two took acting lessons together during their time as professional models. Aside from a music video, Smart's first on-screen role was in 1997's Campfire Tales. She then went on to appear in a number of films including Starship Troopers, The 70s, Varsity Blues (in which Larter also appeared), and Outside Providence. She then began receiving more prominent roles, such as a part on the TV show, Felicity. She also appeared in the movies Road Trip, Rat Race, The Butterfly Effect, and Just Friends.

Personal Life: In 2011, Smart married TV personality and model, Carter Oosterhouse, who is most well known for his work on the HGTV network. The duo wed in Oosterhouse's hometown of Traverse City, Michigan. They have one child together.

Amy is a certified yoga instructor. 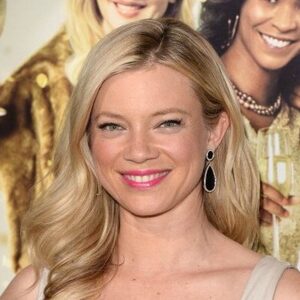