Amy Ryan Net Worth: Amy Ryan is an American actress who has a net worth of $7 million. Ryan started her professional acting career onstage in 1987 and made her television debut on a 1990 episode of the soap opera "As the World Turns." Since then, she has appeared in over 60 films and television series. Amy is probably best known for playing Helene McCready in "Gone Baby Gone" (2007), Beadie Russell on "The Wire" (2003–2008), and Holly Flax on "The Office" (2008–2011), and she has also appeared in films such as "Before the Devil Knows You're Dead" (2007), "Dan in Real Life" (2007), "Goosebumps" (2015), "Beautiful Boy" (2018), and "Late Night" (2019). Ryan is also known for her work on the stage, earning Tony nominations for her performance as Sonya Alexandrovna in "Uncle Vanya" and Stella Kowalski in "A Streetcar Named Desire." Amy has won more than 30 awards for her work, and she earned an Academy Award nomination for "Gone Baby Gone."

Early Life: Amy Ryan was born Amy Beth Dziewiontkowski on May 3, 1968, in Queens, New York City. Her mother, Pamela, was a nurse, and her father, John, owned a trucking business. Amy has a sister, Laura, and they delivered newspapers by bike during their youth. Ryan became interested in acting at an early age and attended the Stagedoor Manor Performing Arts Center in Loch Sheldrake, New York. She graduated from Manhattan's High School of Performing Arts at age 17 and was soon cast in a national tour of "Biloxi Blues." Amy spent the next decade appearing in off-Broadway productions, and she began using the last name Ryan professionally because it's her mother's maiden name.

Stage Career: In 1987, Amy played Hannah in a production of "A Shayna Maidel" at the Westside Theatre, then appeared in several other off-Broadway productions, including "The Rimers of Eldritch," "Crimes of the Heart," "Saved," and "As Bees In Honey Drown." She made her Broadway debut in a 1993 production of "The Sisters Rosensweig," and she returned to Broadway for "The Three Sisters" (1997), "Uncle Vanya" (2000), "The Women" (2001), and "A Streetcar Named Desire" (2005), in which she played Stella to John C. Reilly's Stanley. Ryan earned Tony nominations for Best Featured Actress in a Play for "Uncle Vanya" in 2000 and "A Streetcar Named Desire" in 2005. She won an Outer Critics Circle Award for "A Streetcar Named Desire" and received a Drama League Award nomination for "Saved." In 2016, Amy received rave reviews for her performance in the Roundabout Theater Company's production of "Love, Love, Love, which earned her an Obie Award as well as nominations from the Drama Desk Awards and Drama League Awards.

Film Career: Though 1996's "Grace of My Heart" was technically Ryan's first movie, her scene was cut, so 1999's "Roberta" was the first film she was seen in. Amy then appeared in 2000's "You Can Count on Me," 2004's "Keane," and 2005's "War of the Worlds," "Capote," and "Looking for Comedy in the Muslim World." In 2007, she earned critical acclaim and won more than 20 awards for her performance as Helene McCready in "Gone Baby Gone," appeared in the crime thriller "Before the Devil Knows You're Dead," and co-starred with future TV husband Steve Carell in "Dan in Real Life." Ryan was directed by Clint Eastwood in 2008's "Changeling," and she produced and starred in 2009's "The Missing Person." She appeared in the Philip Seymour Hoffman-directed "Jack Goes Boating" in 2010, and she earned a Utah Film Critics Association Award for 2011's "Win Win." In 2014, Amy co-starred with Michael Keaton, Zach Galifianakis, Edward Norton, Emma Stone, and Naomi Watts in "Birdman or (The Unexpected Virtue of Ignorance)," which won the Oscar for Best Picture.

In 2015, Ryan starred in "Don Verdean," "Louder Than Bombs," "Bridge of Spies," and "Goosebumps," which is based on R.L. Stine's series of children's horror books and brought in $158.3 million at the box office. In 2016, she co-starred with Dwayne Johnson and Kevin Hart in "Central Intelligence," which grossed $217 million against a $50 million budget, and appeared in "The Infiltrator" and "Monster Trucks." Amy played the lead role in 2017's "Abundant Acreage Available" and teamed up with Steve Carell for the third time in 2018's "Beautiful Boy." She then appeared in the 2019 Amazon Studios film "Late Night," which was written and produced by her "The Office" co-star Mindy Kaling, who also starred in the movie. Ryan also starred in the thriller "Strange but True" in 2019, and in 2020, she appeared in two films that were based on true events, portraying lawyer Camille Biros in "Worth" and Mari Gilbert, a mother desperately trying to find her missing daughter, in "Lost Girls." 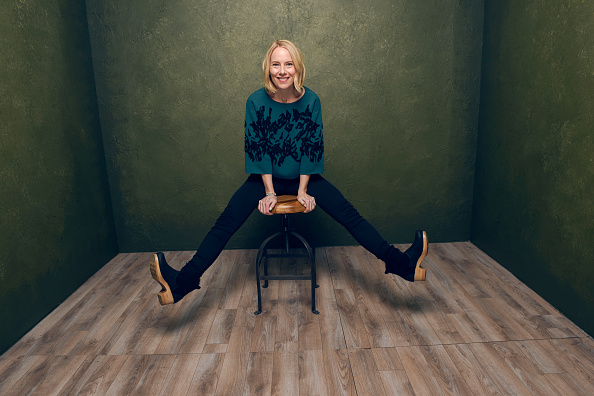 Personal Life: Amy welcomed a daughter, Georgia, with comedy writer/actor/producer Eric Slovin on October 15, 2009, and the couple married on August 23, 2011. Slovin has written for "Saturday Night Live" and "Important Things with Demetri Martin," and he was part of the comedy duo "Slovin & Allen," who had their own "Comedy Central Presents" special in 2001.

Real Estate: In 2011, Ryan and Slovin paid $3.1 million for an apartment in Brooklyn Heights. The home includes three bedrooms and three baths, and it was renovated shortly before Amy and Eric purchased it. 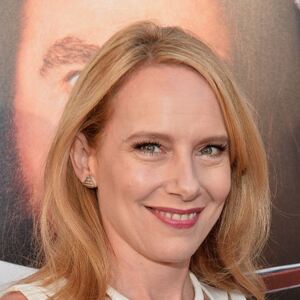