Amy Madigan net worth: Amy Madigan is an American actress, producer, and singer who has a net worth of $25 million. That is a combined net worth with her husband since 1983, fellow actor Ed Harris. Amy made her debut in 1981 and has more than 80 acting credits to her name. Some of notable movies include "Field of Dreams", "Uncle Buck" and "Gone Baby Gone".

Amy Madigan was born in Chicago, Illinois in September 1950. She made Madigan starred as Iris Crowe on the television series Carnivale from 2003 to 2005. From 2008 to 2009 she starred as Dr. Katharine Wyatt on the TV series Grey's Anatomy. In 2018 she starred as Diane Pierce on the series Ice. Madigan has starred in several movies including Love Child, Love Letters, Places in the Heart, Streets of Fire, Alamo Bay, Twice in a Lifetime, Nowhere to Hide, The Prince of Pennsylvania, Field of Dreams, Uncle Buck, The Dark Half, Female Perversions, Loved, With Friends Like These…, Pollock, A Time for Dancing, Winter Passing, Gone Baby Gone, Once Fallen, Virginia, That's What I Am, The Lifeguard, Sweetwater, Shirin in Love, Frontera, Grey Lady, Rules Don't Apply, Stuck, and more. Amy Madigan won a Golden Globe Award in 1990 for Roe vs. Wade.

Personal Life and Real Estate: Amy married fellow actor Ed Harris in 1983. They have a daughter together, Lily Dolores Harris.

For over two decades, Ed and Amy have owned a home in Malibu, California. It's unclear what they paid for the home, but today it's worth an estimated $5 million. In 1998 they paid $660,000 for the undeveloped 2-acre property immediately next door. They tried to sell this plot in 2015 for $2.6 million but appear to still be the owners as of this writing. 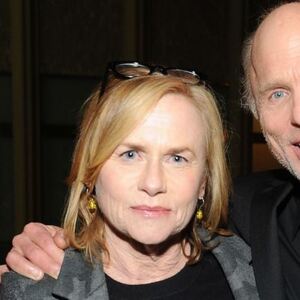