Amy Jo Johnson net worth: Amy Jo Johnson is an American actress, singer/songwriter, and gymnast who has a net worth of $300 thousand. Amy Jo Johnson was born in Dennis, Massachusetts, and was originally focused on a career as an Olympic gymnast. However, she was forced to retire after a severe injury.

She then shifted her focus to acting and went on to attend the Lee Strasberg Theater Institute and the American Musical and Dramatic Academy. After relocating to Los Angeles to focus on her acting career full-time, she was almost immediately cast as Kimberly Ann Hart, the Pink Power Ranger on "Mighty Morphin Power Rangers". The role made her an international star overnight. From there, she went on to play guest-starring and co-starring roles in such projects as, "Susie Q", "Saved by the Bell: The New Class", "Killing Mr. Griffin", "Without Limits", "Perfect Body", "Felicity", "Spin City", "Wildfire", and "Flashpoint". She has also performed on multiple soundtrack albums, and released three albums and an EP. 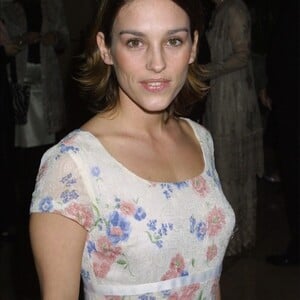