Amy Bruckner net worth: Amy Bruckner is an American actress and singer who has a net worth of $1 million. Amy Bruckner was born in Conifer, Colorado in March 1991. From 2004 to 2006 she starred as Pim Diffy on the television series Phil of the Future. Bruckner provided the voice of Haley Long on the TV series American Dragon: Jake Long from 2005 to 2007.

From 2003 to 2004 she had a recurring role as Susan Brotsky on the series Oliver Beene and from 2004 to 2005 she had a recurring role as Zoe on the television series Malcolm in the Middle. Amy Bruckner has appeared in the movies Rebound, Nancy Drew, and Trust (and Other Lies We Tell Ourselves to Sleep at Night). She has also appeared in episodes of the TV series ER, Ally McBeal, The West Wing, American Dreams, Judging Amy, and more. She was nominated for Young Artist Awards for Phil of the Future in 2006 and Nancy Drew in 2008. 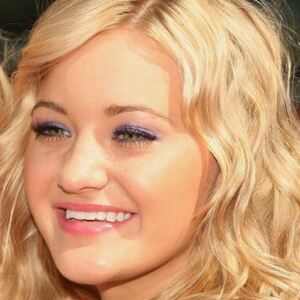