Amy Brenneman Net Worth and salary: Amy Brenneman is an American actress, producer and writer who has a net worth of $16 million. Born in New London, Connecticut, in 1964, Amy Brenneman grew up in a family of legal scholars. She majored in comparative religion at Harvard University and began pursuing a theater career while in school, forming the Cornerstone Theatre Company.

In 1992, she made her on-screen debut in episodes of "Middle Ages" and "Murder, She Wrote" before landing a regular part on "NYPD Blue" as Officer Janice Licalsi from 1993 until 1994. She was nominated for two Emmy Awards for her work on the series. Soon after leaving the show, she broke into the film industry with parts in "Casper", "Bye Bye Love", "Heat", "Daylight" and "Fear". She returned to TV with a recurring part on the hit comedy "Frasier" before she created, produced and acted in her own series, "Judging Amy". The show is based on her mother's life experience as a working judge and single mother. The series ran for six seasons and earned her a Women in Film Lucy Award in 2002. Other TV and film credits include "The Jane Austen Book Club", "88 Minutes", "Private Practice" and "The Leftovers". She has been married to director Brad Silberling since 1995. They have two children together, including a daughter with special needs. Brenneman is an outspoken supporter of several charities and a public proponent of a woman's right to choose and strict gun control laws. 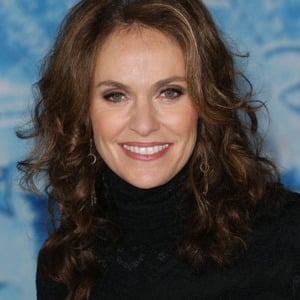