How much is Amy Acker Worth?

Amy Acker net worth: Amy Acker is an American actress who has a net worth of $2 million. Amy Acker was born in Dallas, Texas, and graduated from Southern Methodist University with a degree in Theater. She began modeling during college, and then went on to a busy career on stage, appearing in numerous, professional, regional theater productions. She began her professional on-camera career in the late 90s, appearing in guest starring roles on such shows as "Wishbone", "To Serve and Protect", and "Special Unit 2". In 2001, she was cast in the role that would make her a household name, as Winifred 'Fred' Burkle on the hit series, "Angel". She played the role until the series ended in 2004. Since then, she has gone back and forth between film and television projects, including "Catch Me If You Can", "Supernatural", "Alias", "Drive", "Law & Order: Criminal Intent", "Ghost Whisperer", "October Road", "21 and a Wake Up", "Dollhouse", "Human Target", "CSI: Crime Scene Investigation", "Person of Interest", and "Husbands". She played Beatrice in Joss Whedon's film adaptation of "Much Ado About Nothing" and has recently appeared in the TV shows "Person of Interest", and "Con Man". 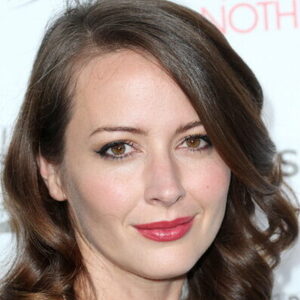