Amrita Rao Net Worth: Amrita Rao is an Indian actress and model who has a net worth of $20 million. Amrita Deepak Rao was born in Mumbai, Maharashtra, India in June 1981. Rao has appeared in Bollywood and Telugu films. She graduated from the University of Mumbai with a degree in psychology.

Her film debut came in 2002's Ab Ke Baras. Amrita's breakout role was in the 2003 film Ishq Vishk. She was nominated for a Filmfare Best Female Debut Award. One of Rao's most acclaimed roles came in 2006's Vivah, which won her a Dadasaheb Phalke Academy Award. She was nominated for a Stardust Best Actress Award for Welcome to Sajjanpur in 2008 and a Filmfare Best Supporting Actress nomination for Main Hoon Na in 2004. She holds the honor of being the youngest Bollywood actress to win the Prestigious Dadasaheb Phalke Academy Award. The Times of India named her to one of the 50 Most Desirable Women on 2011. She has also won an IIFA Award for Star Debut of the Year, Stardust Award for Superstar of Tomorrow and Golden Globe Stardust Searchlight Award for Best Actress. 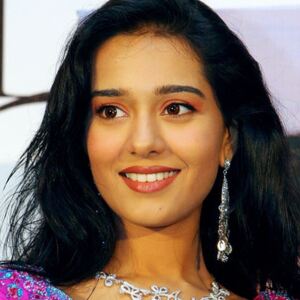