Amelia Heinle net worth: Amelia Heinle is an American actress who has a net worth of $4 million dollars. Amelia Heinle was born March 17, 1973 in Casa Grande, Arizona. She is the oldest of four younger siblings. After living in Arizona and at the age of 15 years old her family moved to New Jersey.

She started her acting career in the 1990's she was broadcast on many TV movies. She played in roles for the move "The Limey". During the year 1993-1995 she played Stephanie known as "Steffi Brewster" for the soap opera "Loving". From the year 1995-1996 she played in "The City" in which she received a nomination from the "Opera Digest Award". One of her main highlighted roles came in 2001 when she played the part of Mia Saunders on the famous soap opera "All My Children". She eventually decided to leave the show in 2004. From there she went on to play Victoria Newman in another popular soap opera known as "The Young and the Restless". As far as her personal life she is married to Michael Weatherly, one of her co-stars who played on the soap opera "Loving" as a love interest. Following marriage Heinle had a son January 10, 1996. She divorced her husband Michael Weatherly in 1997. In 2007, she remarried to another co-star from the "Young and the Restless", named Thad Luckinbill. They also had a son together named Thaddeus Rowe Lukinbill Jr. 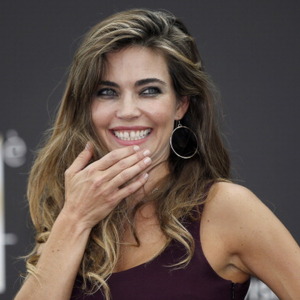