Ambyr Childers net worth: Ambyr Childers is an American actress who has a net worth of $500 thousand. Ambyr Childers was born in Murrieta, California in July 1988. From 2006 to 2008 she starred as Colby Chandler on the soap opera All My Children. Childers starred as Ashley Rucker on the TV series Ray Donovan from 2013 to 2016.

From 2015 to 2016 she starred as Sadie on the series Aquarius. Ambyr Childers began starring as Candace Stone on the television series You in 2018. She has also appeared in several films including Carolina, Dickie Roberts: Former Child Star, Love, Lay the Favorite, Playback, The Master, Gangster Squad, Broken City, We Are What We Are, 2 Guns, Vice, Pinocchio, and more. Childers has also appeared in episodes of the TV series L.A. 7, Criminal Minds: Beyond Borders, and more. In 2014 she was nominated for a Fangoria Chainsaw Award for Best Supporting Actress for We Are What We Are. Ambyr Childers was married to producer Randall Emmett from 2009 to 2017. 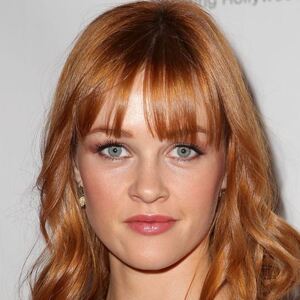