Amber Valletta net worth and salary: Amber Valletta is an American actress who has a net worth of $16 million. In the 1990s Amber was one of the highest-paid models in the world. She earned millions of dollars per year modeling for brands including Calvin Klein, Armani, Chanel, Prada, Gucci and Elizabeth Arden.

Amber Valletta was born in Phoenix, Arizona on February 9, 1974. She grew up in Oklahoma. She began modeling when she was in her early teens, and went on to appear on the covers of multiple magazines, including Vogue. She appeared in ads for Louis Vuitton, Versace, and Calvin Klein, as well. She also co-hosted "House of Style" on MTV with Shalom Harlow. She began her on-camera acting career in 2000, with a role in the film "Drop Back Ten". Since then, she has gone back and forth between film and television work steadily. She has appeared in such films as "What Lies Beneath", "Duplex", "Raising Helen", "Hitch", "Transporter 2", "Premonition", and "The Spy Next Door". On television, she has appeared on such shows as "Lucky" and "Punk'd". She also played a recurring role on the hit series, "Revenge". 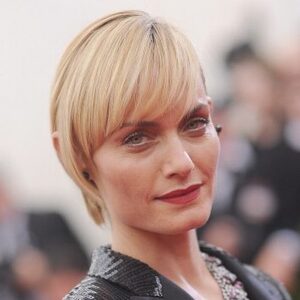