What Is Amber Tamblyn's Net Worth and Salary?

Amber Tamblyn was born Amber Rose Tamblyn on May 14, 1983, in Santa Monica, California. Her father, actor/singer/dancer Russ Tamblyn, played Riff in 1961's "West Side Story," and her mother, Bonnie Murray, is an artist, singer, and teacher. Russ guest-starred on "Joan of Arcadia" in 2004, and Amber cast him in her film "Paint It Black." Tamblyn attended Santa Monica Alternative School House, which she has described as "very unorthodox, no letter grades," and when she was 10 years old, she starred as Pippi Longstocking in a school play. Sharon Debord, her father's agent, saw the performance and convinced Russ to let Amber go on auditions.

In 1995, Tamblyn appeared in the films "Live Nude Girls" and "Rebellious" and began starring as Emily Bowen (who later became known as Emily Quartermaine) on "General Hospital." She stayed on the soap opera until 2001 and earned a YoungStar Award for her performance. Amber appeared in the film "Johnny Mysto: Boy Wizard" in 1997, then she guest-starred on "Buffy the Vampire Slayer" (2001), "Boston Public" (2002), "The Twilight Zone" (2002), "CSI: Miami" (2002), and "Without a Trace" (2003). She played Katie Embry in the 2002 horror movie "The Ring," which grossed $249.3 million at the box office, and from 2003 to 2005, she starred as Joan Girardi on the CBS series "Joan of Arcadia." The series aired 45 episodes over two seasons, and Amber received a Primetime Emmy nomination and a Golden Globe nomination for the role. She played Tibby Rollins in 2005's "The Sisterhood of the Traveling Pants" alongside America Ferrera, Blake Lively, and Alexis Bledel, and she reprised her role in 2008's "The Sisterhood of the Traveling Pants 2." In 2006, Tamblyn starred in the title role in the film "Stephanie Daley" and played Aubrey Davis in the horror movie "The Grudge 2," then she appeared in "Spiral" (2007), "Normal Adolescent Behavior" (2007), "Blackout" (2008), "Spring Breakdown" (2009), and "Beyond a Reasonable Doubt" (2009). In 2009, she starred as Detective Casey Shraeger on the ABC series "The Unusuals." 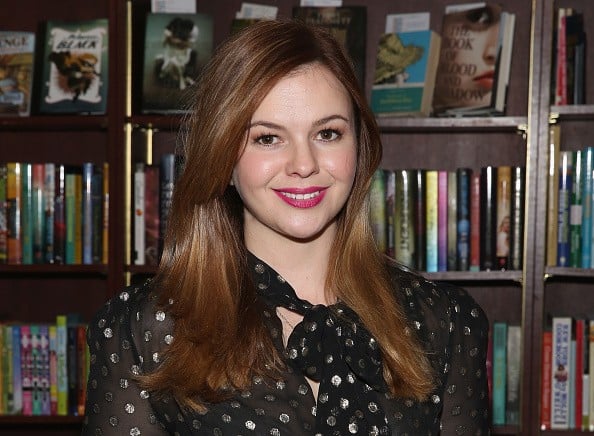 Amber became engaged to actor/comedian David Cross in August 2011, four years after they began their relationship. The couple married on October 6, 2012, and they welcomed a daughter in February 2017. Tamblyn announced the birth on Instagram, writing, "David and I are proud to announce the birth of our daughter, Dauphinoise Petunia Brittany Scheherazade Von Funkinstein Mustard Witch RBG Cross Tamblyn-Bey Jr." They later revealed that they actually named the baby Marlow Alice. Amber campaigned for Hillary Clinton during the 2016 presidential election, and she co-founded Time's Up, a non-profit organization that "insists upon a world where work is safe, fair, and dignified for women of all kinds" and is dedicated to preventing sexual harassment and fighting for gender equality.

In 2017, Tamblyn wrote an open letter to actor James Woods that was published in "Teen Vogue." In the letter, she wrote about an incident that occurred when she was 16 years old in which Woods tried to convince Amber and her friend to go to Las Vegas with him. Tamblyn wrote, "I told you my age, kindly and with no judgment or aggression. I told you my age because I thought you would be immediately horrified and take back your offer. You laughed and said, 'Even better. We'll have so much fun, I promise.'" She decided to write the letter after she mentioned the incident on Twitter and Woods called it a lie.

In 2004, Tamblyn earned a Primetime Emmy nomination for Outstanding Lead Actress in a Drama Series and a Golden Globe nomination for Best Performance by an Actress in a Television Series – Drama for "Joan of Arcadia." The series also earned her a Saturn Award (from the Academy of Science Fiction, Fantasy & Horror Films), Gold Derby Award, and Online Film & Television Association Award as well as nominations from the Satellite Awards and Young Artist Awards. Amber has been nominated for five Teen Choice Awards: Choice TV Actress – Drama/Action Adventure and Choice Breakout TV Star – Female for "Joan of Arcadia" (2004), Choice "It" Girl and Choice Movie Actress: Drama for "The Sisterhood of the Traveling Pants" (2005), and Choice Movie Actress: Horror/Thriller for "The Grudge 2" (2007). She won a YoungStar Award for Best Young Actress/Performance in a Daytime TV Series for "General Hospital" in 2000, and she received "Soap Opera Digest" Award nominations for Favorite Teen Star (2000) and Outstanding Younger Lead Actress (2001) for the show. For "Stephanie Daley," Tamblyn earned a Best Actress award at the 2006 Locarno International Film Festival and an Independent Spirit Award nomination for Best Supporting Female. In 2016, "Paint It Black" received a US Fiction Award nomination for Best Film at the Los Angeles Film Festival. 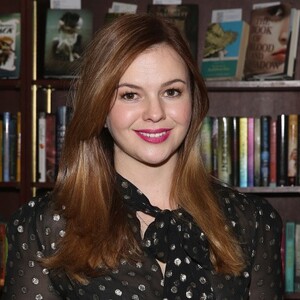