Amber Portwood net worth: Amber Portwood is an American reality TV star who has a net worth of $10 thousand dollars. Born in Anderson, Indiana, Amber Portwood dropped out of high school after becoming pregnant. She is one of the mothers featured on the popular MTV series, "Teen Mom", the spin-off of the original series, "16 & Pregnant".

Ms. Portwood's participation on the show has been controversial, as her relationship with her ex-boyfriend, the father of her daughter, has been dotted with bouts of violence. She was ultimately arrested for domestic violence against her ex, and was also found to have possession of marijuana and crack cocaine. Her unstable state led to a suicide attempt in the summer of 2011, and in the winter of 2011, she was again caught with drugs. After violating her probation, she was sentenced to five years in jail, but was allowed a reprieve if she checked into rehab. She did not, and in February she was again sent back to court. 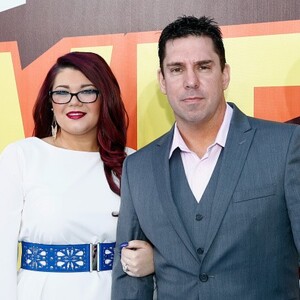