Amber Marchese net worth: Amber Marchese is an actress, entrepreneur, and reality television star who has a net worth of $3 million. She was born in New Jersey and graduated with a BA, followed by a Masters Degree, in Bio-Behavioral Studies and Exercise Physiology from Columbia University. She is passionate about health and fitness and has created her own brand called Vici Fitness.

She was diagnosed with breast cancer at 31 and underwent a double mastectomy, in addition to a year and a half of chemotherapy, while caring for four young children. She has been in remission for five years and is inspired to be a better mother, wife, and person because of her cancer. She is heavily involved in philanthropy and donates her time and money to charities involving young women and cancer. She is currently pursuing a career in acting and has appeared in several commercials, as well as a television episode for the Food Network. Amber is married to James Marchese, a former sales rep for Cell Theraputics who was recently awarded a $1.6 million judgment for exposing his company for a drug marketing fraud scheme. The couple have four children: Amber is the biological mother to Corbin and Isabella, and she also has two stepchildren, Michael and Sebastian. 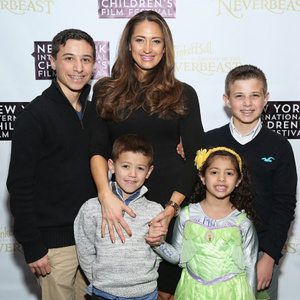