Amber Benson Net Worth: Amber Benson is an American actress, writer, director, and producer who has a net worth of $3 million dollars. Amber Nicole Benson was born in Birmingham, Alabama in January 1977. She is best known for playing Tara Maclay on the TV series Buffy the Vampire Slayer.

As a child she performed in a local theater and did ballet. Her family moved to Los Angeles, California to help her pursue an acting career. In 1993 Amber made her film debut in the movies The Crush and King of the Hill. From 1999 to 2002 she starred as Tara Maclay in the series Buffy the Vampire Slayer. She has also appeared in the TV shows Promised Land, Cold Case, Private Practice, Grey's Anatomy, Supernatural, and The Glass Slipper Confessionals. In 2002 Amber wrote, directed, produced, and starred as the title character in the movie Chance. She wrote and directed the 2003 TV movie Ghosts of Albion: Legacy. She also wrote, co-directed, produced, and starred in the 2006 film Lovers, Liars and Lunatics. For Chance she won the 2002 Audience Choice Award for Best Feature at the Birmingham Sidewalk Moving Picture Festival. Benson also won the Grand Jury Award at the L.A. Outfest for Outstanding Actress in a Feature Film. She has dated Buffy the Vampire Slayer actor Adam Busch. 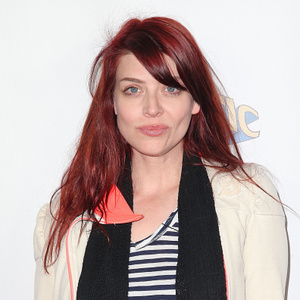