Amaury Nolasco Net Worth: Amaury Nolasco is a Puerto Rican actor who has a net worth of $2 million. Amaury Nolasco was born in Puerto Rico in December 1970. He moved to New York City and trained at the American British Dramatic Arts School. His film debut came in 1997 in the movie Fall.

Nolasco's first TV appearance came in the series New York Undercover in 1998. From 2005 to 2009 he starred as Fernando Sucre in the TV series Prison Break. Nolasco starred as Marco Martinez in the TV series Jerry Bruckheimer's Chase from 2010 to 2011. From 2012 to 2013 he starred as Angel Ortiz on the series Work It, and in 2014 as Matias on the series Gang Related. He has starred in the movies Brother, 2 Fast 2 Furious, The Librarians, Mr. 3000, The Benchwarmers, Transformers, Street Kings, Max Payne, Armored, The Rum Diary, A Good Day to Die Hard, In the Blood, and Animal. Nolasco has appeared on the shows Arli$$, Early Edition, Pacific Blue, CSI: Crime Scene Investigation, ER, George Lopez, CSI: NY, CSI: Miami, Southland, Burn Notice, Rizzoli & Isles, and Justified. For his work on Prison Break Amaury was nominated for three ALMA Awards and a Teen Choice Award. He hosts the Amaury Nolasco & Friends Golf Classic for non-profit Puerto Rican organizations. 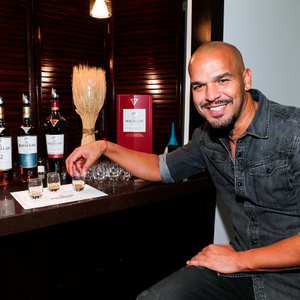