Amanda Walsh net worth: Amanda Walsh is a Canadian actress and former VJ who has a net worth of $3 million. Amanda Walsh was born in Rigaud, Quebec, Canada in October 1981. She worked as a VJ for the Canadian television station MuchMusic. As an actress Walsh starred as Jenna Halbert on the television series Sons & Daughters from 2006 to 2007.

From 2014 to 2015 she starred as Zee / Elizabeth Helm on the TV series Lost Girl. Amanda Walsh starred as Suzie Boreton on the series Dirk Gently's Holistic Detective Agency in 2017. She has also had recurring roles on the TV series Are You Afraid of the Dark?", My Hometown, Comedy Bar, and These People. Walsh has also appeared in films and episodes of TV series including Electric Circus, The Return of Tommy Tricker, Stardom, Within These Walls, Smallville, These Girls, The Big Bang Theory, Veronica Mars, Full of It, Disturbia, Man Maid, Castle, Grimm, NCIS, Two and a Half Men, Mercy, Curb Your Enthusiasm, and more. In 2016 she won a Writers Guild of Canada award for Schitt's Creek. 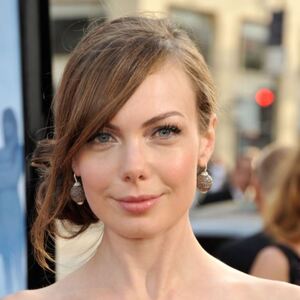