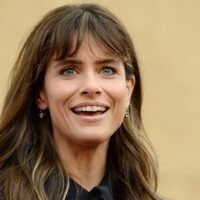 What is Amanda Peet's Net Worth and Salary?

Amanda Peet is an American actress who has a net worth of $100 million. This is a combined net worth with her husband, producer David Benioff. Although Peet began her career with small film roles, she eventually rose in prominence and became a highly recognizable figure within Hollywood. She then starred in a number of films, winning central roles in many of them. Amanda Peet was once voted one of the 50 Most Beautiful People in the World.

Amanda Peet was born on January 11th of 1972 in New York City. Her parents divorced later in life, and Peet was influenced by both her father's Quaker beliefs and her mother's Jewish heritage. At the age of seven, Peet moved to London, England with her family. She spent four years in the capital before moving back to New York City.

Amanda Peet began her acting career after booking several roles in commercials, including a Skittles TV advertisement. During this early period, she also appeared on "The Larry Sanders Show." By the mid-90s, she had booked her first film role in the drama "Animal Room," which also starred Neil Patrick Harris. She followed up that year with a role in an episode of "Law and Order."

Throughout the rest of the 90s, Peet shifted her focus towards a number of independent films. These included "One Fine Day" and "She's the One." While these films fell under the radar for the most part, they starred several notable actors, such as George Clooney, Michelle Pfeiffer, Jennifer Aniston, and Cameron Diaz. One film that did manage to attract widespread attention and critical acclaim was "Playing by Heart," in which Peet appeared alongside Sean Connery in 1998.

Towards the end of the decade, Amanda Peet started to book more major roles. From 1999 to 2001, she played the central role of Jacqueline Barrett in the WB Network series "Jack & Jill." During this period, she also appeared in the eighth season of "Seinfeld." Although she managed to book a role in the rom-com "Simply Irresistible," the film proved to be a commercial and critical failure.

Amanda kicked off the 21st century with a role in the 2000 film "Isn't She Great." Later that year, she booked one of the most defining roles of her career in the mafia comedy film "The Whole Nine Yards." The film starred Matthew Perry and Bruce Willis, and it managed to rake on over $106 million at the box office despite receiving mixed reviews from critics. Peet's performance in the film won her numerous award nominations. To finish off a busy year in 2000, Amanda appeared in the independent comedy "Whipped." 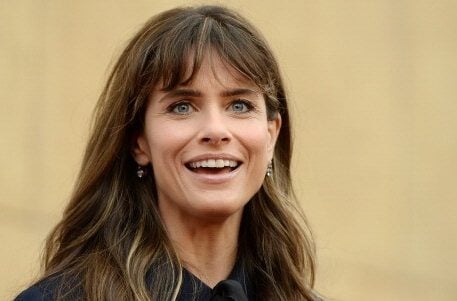 In the year 2001, Peet played a psychologist and the main romantic interest of Jason Biggs' character in the film "Saving Silverman." That year, she also booked a role in the film "Igby Goes Down," which received strong reviews from critics. In 2002, she appeared alongside Ben Affleck in "Changing Lanes." Later in 2002, Peet played the sister of Ashley Judd's character in "High Crimes," which also starred Morgan Freeman.

Another major step forward for Amanda came in 2003 when she starred alongside Diane Keaton, Jack Nicholson, and Keanu Reeves in the well-received romantic comedy "Something's Gotta Give." The film also performed well at the box office, generating $125 million in North America alone. That year, she also appeared in another critically-acclaimed film called "Identity." The psychological horror starred John Cusack and Ray Liotta. In 2004, Peet reprised her earlier role in the sequel "The Whole Ten Yards," but it proved to be a massive flop commercially and critically.

In the mid-2000s, Amanda Peet rose to a new level of notoriety within Hollywood. She started by starring alongside Ashton Kutcher in the romantic comedy "A Lot Like Love." After appearing on stage in the play "This Is How It Goes," she followed up with roles in movies like Woody Allen's "Melinda and Melinda" and "Syriana."

In 2006, Peet returned to the stage with a role in the Broadway production "Barefoot in the Park" before appearing in the film "Griffin & Phoenix." That year, she appeared in the television series "Studio 60 on the Sunset Strip," which was canceled after one season despite strong reviews. Throughout the rest of the 2000s, Amanda starred in movies like "The Ex," "The X-Files: I Want to Believe," "Five Dollars a Day," and "What Doesn't Kill You."

In 2009, Amanda Peet starred in the blockbuster "2012" alongside John Cusack. The film received mixed reviews but generated an impressive sum of $769 million worldwide. She then followed up with movies like "Please Give" and "Gulliver's Travels." She also established herself as a voice actress with a role in the animated film "Quantum Quest: A Cassini Space Odyssey."

Amanda Peet is married to screenwriter David Benioff and they have three children together. David produced and developed "Game of Thrones" for HBO.

In 2006 Amanda Peet and David Benioff purchased a property near Sunset Boulevard for $4.625 million. The property offers 4,340 square feet of living space with Mediterranean-style construction. The outdoor space features a pool and a spa, and there are tall trees planted for privacy. The couple also owns a property in New York City.