Amanda Pays net worth: Amanda Pays is an English actress who has a net worth of $16 million. That is a combined net worth with her husband of 30+ years, actor Corbin Bernsen. Amanda Pays was born in London, England in June 1959. She starred as Theora Jones on the television series Max Headroom from 1987 to 1988. Pays starred as Christina McGee on the TV series The Flash from 1990 to 1991. From1 996 to 1997 she starred as DS Anna Dryden on the series Thief Takers. Amanda Pays had a recurring role on the television series The Flash from 2014 to 2016 as Dr. Christina McGee. She has appeared in films including Oxford Blues, The Frog Prince, The Kindred, Off Limits, Leviathan, A Grande Arte, Spacejacked, Ablaze, and more. Pays has also appeared on episodes of the TV series The X-Files, 7th Heaven, It's Like, You Know…, Martial Law, Nip/Tuck, Psych, and more. She married Corbin Bernsen in 1988. She has four children and was previously married to Peter Kohn.

Amanda Pays and Corbin Bernsen Real Estate: Corbin and Amanda have made a career flipping houses. They have renovated and sold more than 20 homes in the Los Angeles area since the 1990s. For example, in August 2015 they bought a home in Sherman Oaks for $1.275 million and flipped it a year later for $1.55 million. Around the same time they sold their primary residence in Valley Village, California for $2.55 million and another nearby home for $1.4 million to singer/actress Katherine McPhee. In 1995 they sold a 7,000 square foot home to Steve Martin for $3.175 million which is still his primary residence in California. Martin would later buy up several nearby properties to form a small compound. When they aren't flipping homes in LA, Crobin and Amanda also own a farm in France. 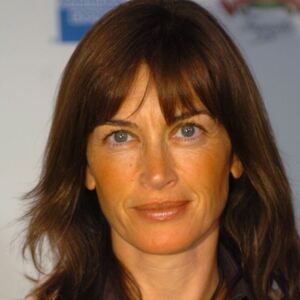